You know that people that live around 42nd and Victoria must really like their pastries because there’s at least 3 bakeries on the same block (on the same side of the block too).  Bon Bon Bakery is located in the middle of the block and is a popular choice for their St. Honoré cake as well as their many different pastries. 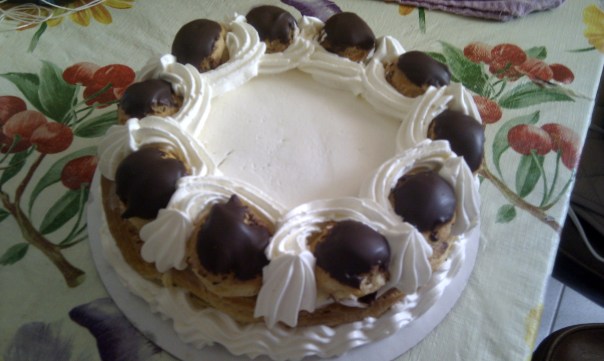 The St. Honoré cake is named after the French patron saint of bakers and pastry chefs, Saint Honoré (yeah, I didn’t know they had a special patron saint for this either). 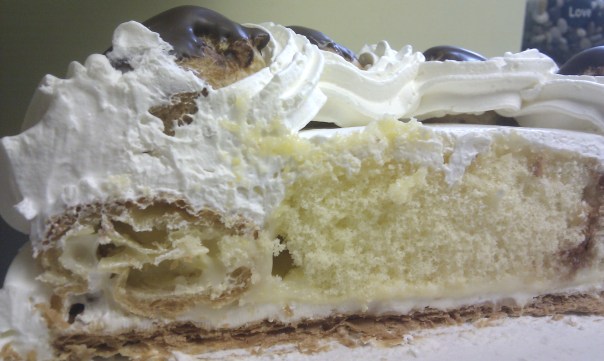 If you’re the kind of person who can’t decide what kind of cake they want, this is probably the cake for you.  It’s got a little bit of everything all mixed into one glorious dessert… chocolate dipped puff pastries, sponge cake, whipped cream, choux pastry, pastry cream… yum!

But don’t just go for the cake… they also have a wide selection of small pastries that are just as awesome.

You can buy the pastries individually or get half a dozen for $7.  Better yet, buy a dozen and get them cheaper.

Vanilla sponge cake topped with chocolate and candied orange.  Chocolate covered rum ball (very good but I didn’t really taste a lot of rum in it). 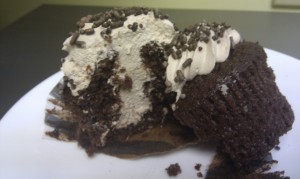 The chocolate and vanilla cannolis were nice and flaky but I wish they were a little bigger.

They also have a nice selection of mini tarts, crostatas and mini cakes.  Each one of these mini tarts was different and had their own unique tastes.  The lemon crostata looked nice and lemony but could have used more lemon filling.

Do yourself a favour and make sure you pick up a bunch of their pastries!