As I mentioned previously in our Powell Street Festival post, I was a bit disappointed that some of the food items that we used to enjoy at the festival were no longer there (temaki and takoyaki).  While scanning through the lunch menu at Sushi Oyama, we figured… why not?  We’ll do a redo of the Powell Street Festival food that we missed out on.

First up was the Negitoro and California Temaki… not as good as the ones that I remember at the festival but still pretty good.  I wish that they stuffed the filling a little further down the cone.  Nothing worse than having the bottom part of the cone just filled with rice.

Unlike the ones at the festival, these were actually takoyaki and had octopus in the middle.  I thought the filling was a little sparce, however, and the batter was a bit too thick. 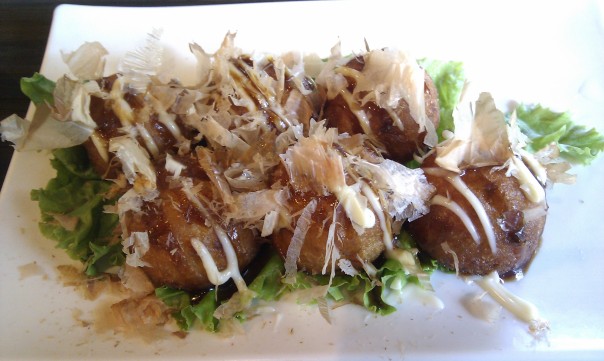 We did have Gyoza at the festival but it wasn’t plated as nicely as it was at Sushi Oyama.  One of the nice things about this restaurant is that they seem to put in a good effort in the presentation of their food. 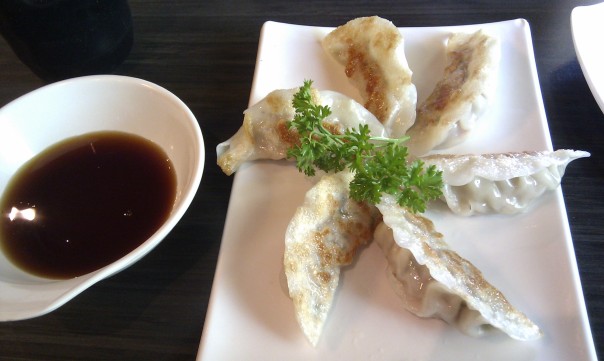 We wanted to try a different sushi roll this time and went with the Las Vegas Roll which is deep fried and has cream cheese in it (I think).  It was a pretty tasty roll but I still preferred the Black Dragon Roll that we had the last time we were at Sushi Oyama. 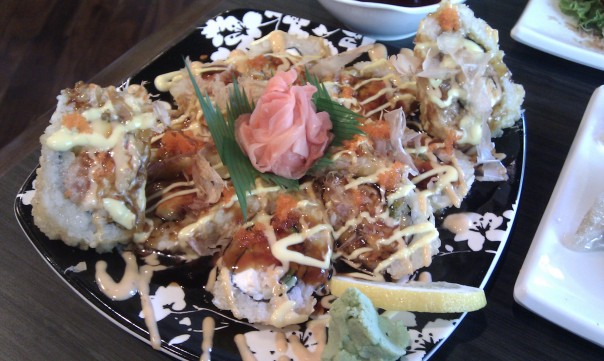 I really liked the Chicken Katsu Don that we ordered and I was pleasantly surprised to find soft, chewy noodles in the dish as well.  It was a big bowl but we couldn’t stop eating this yummy dish.

All in all, a good lunch and it helped to put some closure to the missed food at the Powell Street Festival.  Since we were seated in the main area of the restaurant, service was pretty good.

One thing that I’m wondering is what’s in the basement of the old Johnson house?   The restaurant is upstairs but there looks like there should be a large amount of room on the street-level basement.  Is it used for storage?  Are there still remants of the old funeral home down there?  Does anyone out there know?