As soon as I picked up my order from The Mac Shack, I headed down to East Van to go to Au Petit Chavignol to see how they compare.  You might be wondering what would possess me to have mac ‘n cheese at two different restaurants within the same day… alas, such is my devotion to the one true culinary wonder of the world… that, and I’ve way too much time on my hand.

Anyhoo, unlike the more affluent Kerrisdale area that The Mac Shack resides in, Au Petit Chavignol is located in the semi-seedy area of Strathcona on East Hastings.  The restaurant itself, located next to their large cheese shop, is actually kind of narrow with a couple of small tables in the front and in the back and a large searing area at their concrete bar which almost stretches the depth of the restaurant.  While the interior decor is very dark and minimalistic, on a sunny day, the light shining in from the large front window does a good job of illuminating the restaurant.  A little off topic, but I really like the swivelling bar chairs that they have here.

I picked up the Four Cheese Macaroni ($9) with Double Smoked Bacon (+$3) which comes baked with gruyère (a somewhat mild and creamy cheese), white and orange cheddar (I don’t think there’s much difference between the two cheeses other than colour), and stilton (which I think added to the slight nutty flavour I tasted). 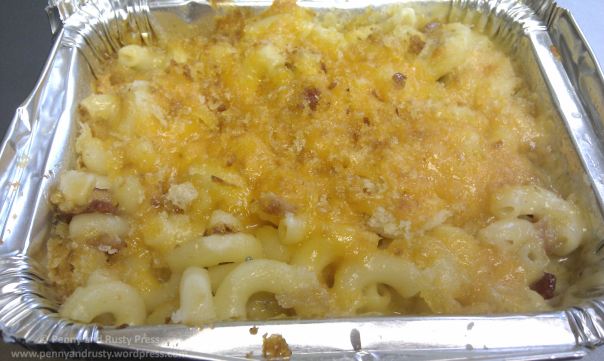 They use a classic elbow macaroni pasta and it was cheesier than the one I had at The Mac Shack.  Personally, I love that crunchy, chewy, and cheesy top layer… “cruncheweesy” anyone?  Despite the four cheeses used in this dish, it was not overly cheesy and I didn’t find the stilton cheese to be overpowering.  The macaroni was cooked perfectly – as was the bacon (although I wish there was a bit more bacon for the extra $3). 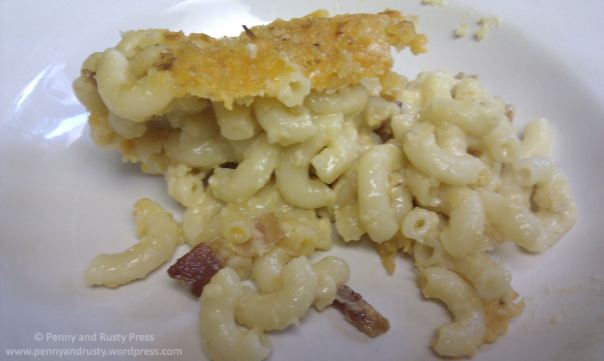 Just like at The Mac Shack, I decided to also get a variation of a grilled cheese sandwich… in this case, the legendary Croque Madame ($12.50).  To say that this is just a simple ham and cheese sandwich with a fried egg on top would be to do this creation an injustice.  Unfortunately, the yolk collapsed on my way home but it was still tasty. 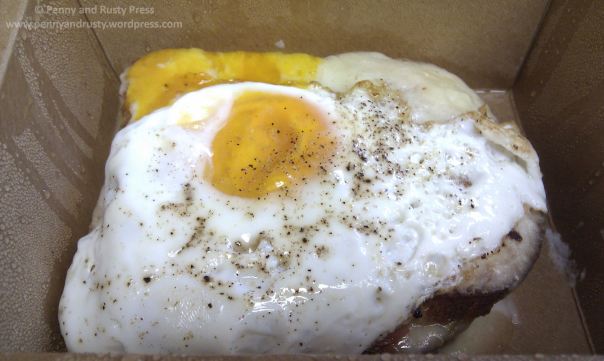 The melted cheese (gruyère?) and the runny yolk makes this a truly decadent and rich treat. 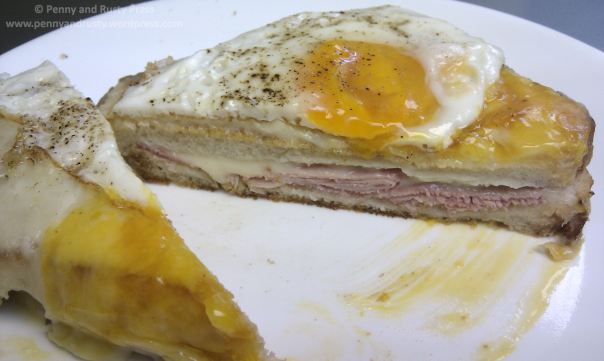 So, how does the food compare between The Mac Shack and Au Petit Chavignol?  It depends on how you like your mac ‘n cheese but they were both pretty good in their own ways.  My personal favourite for creamy and cheesy mac ‘n cheese is still Serendipity 3 in Las Vegas.

To sum up, it was the cheesy sandwiches at both of these restaurants that would probably bring me back to them in the future. 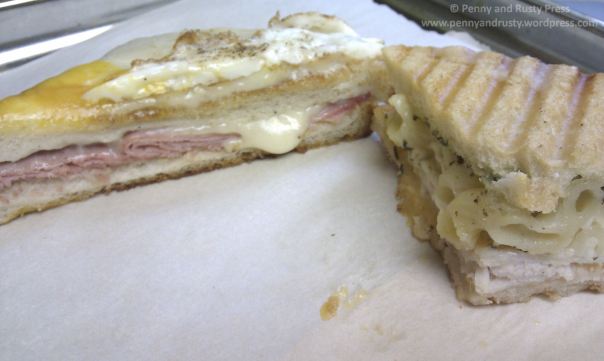