I’m a little confused that Szechuan Chongqing is having a “30th Anniversary” considering their website says that they opened in 1983.  Perhaps it has to do with the Chinese tradition of starting the birthday age count at one instead of zero (a newborn is said to start at 1 year old).

We usually have problems when we dine out at Chinese restaurants with our friends.  Most places tell us that we order too many dishes and try to talk us out of it… “Oh, that’s too much” is the usual thing they say to us when we place our order.  Not sure why a restaurant would try and talk you out of ordering more food but such was not the case at Szechuan Chongqing.  I think they were really trying to give us a good deal by stuffing us with as much as we could eat from their tasting menu. 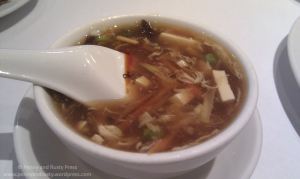 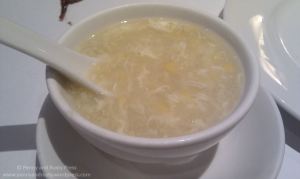 Chinese all-you-can-eat is usually not a good thing… sure they say they have tons of items but they over-inflate the item count by counting every variation of a dish possible (ie. beef fried rice, vegetable fried rice, etc… you get the idea).  Szechuan Chongqing advertises over 60 items (they actually had 64 from what I could see on the ordering sheet).

The Hot and Sour Soup was milder than I expected since I recall most of the food at Szechuan Chongqing is pretty spicy.  The Corn Soup had a slight kick to it (I’m guessing it was from white pepper) but didn’t contain any chicken.

The Deep Fried Shrimp Triangles were succulent and literally exploded with juices when we tried to crack these open. 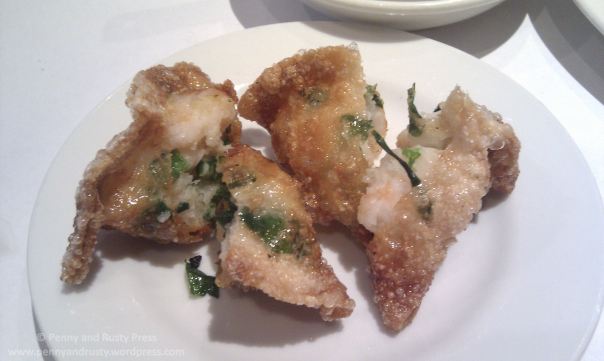 The Ginger Beef had a crispy texture from deep frying while the Steamed Tofu was quite soft and silky.

Our first serving of Fresh Oysters  was pretty good so I ordered some more.  The second round was a bit difficult to get out of the shell but still pertty good.  I usually avoid ordering raw oysters from AYCE places but I found these to be pretty fresh and tasty.

You can’t go to a Szechuan place and not order the Spicy Green Beans.  In the background, you can see the plate of Cold Chicken in Wine Sauce (you could definitely smell the aroma from the wine sauce used in this dish).  The Wontons in Spicy Peanut Sauce were okay but I wish they had a bit more peanut sauce (and chili oil) to go along with them.

Shredded Chicken with Jellyfish is a classic appetizer dish that you find in set dinners so it was nice to find this on the AYCE menu.  This isn’t a spicy dish so it also adds a nice change up from the other spicy dishes. 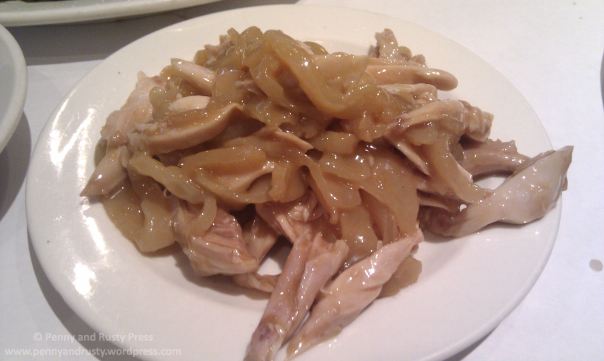 I really enjoyed the General Tso’s Chicken – I know it’s not a traditional Chinese dish but that doesn’t distract from the fact that it’s yummy.  The Deluxe Vegetables were not very exciting but at least they had more than just broccoli.  Similarly, the Potstickers were not very memorable (not bad – just nothing very special to them). 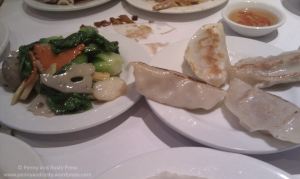 One of the biggest draw to this AYCE menu is that you can order Peking Duck!  The servings are individual so they bring the Peking Duck already constructed and plated to the table.  The Peking Duck was good (we wound up getting a second round of these) but I’m a little conflicted – I like the concept of the Peking Duck being put together before reaching the table but I kind of missed putting together the whole thing by myself. 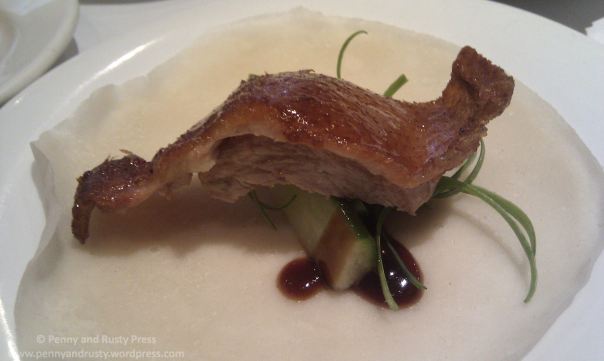 It might seem a bit odd to have dim sum at dinner but there was a full selection of the most popular dim sum dishes to order including Bean Curd Rolls, Steamed BBQ Pork Buns, Steamed Minced Beef Balls, and Chicken Feet. 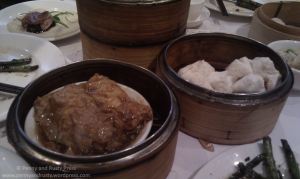 The Honey Garlic Pork was pretty awesome (if not a little bit too sweet – but what do you expect for something that has honey in it).

If you’re in the mood for some more carbs, they also had Vermicelli Noodles and Potato Noodles. 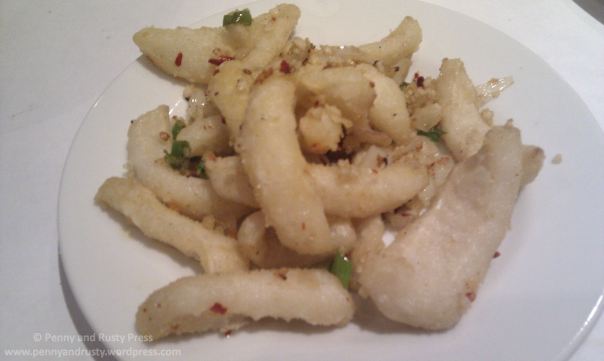 I think the Gai Lan was on the AYCE menu but I think we had to pay extra for the Pea Tips.  I found that kind of strange because pea tips always seem so cheap at T&T.  The Green Onion Pancake was a bit disappointing – it wasn’t as crispy on the exterior that I was hoping for. 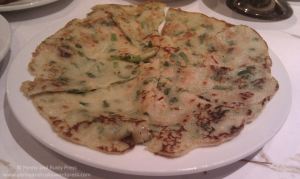 It doesn’t matter how much food you eat… there’s always room for Jell-O.  I suppose in this case, it was more like generic cherry-flavoured gelatin but I’m not complaining.

Of course, “Fresh Fruit” on an AYCE menu is usually code for oranges and that was no different here.  I was disappointed with the Sesame Pastries though because they seemed too soft and had no crunch to the exterior.  The Mango Pudding wasn’t as good as what you’d find at Sun Sui Wah or Kirin but it was just okay.  Rather, I preferred the Coconut Pudding – I’m not a huge coconut eater and this dessert had a more subtle coconut flavour to it. 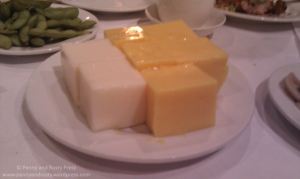 Our last dessert item was the Tapioca Soup – I prefer this over red bean soup.

As typical for AYCE dining fare, there are both hits and misses with the different dishes available.  The thing I enjoy about buffet-style dining for Chinese food is that you get to try a large variety of dishes that you wouldn’t normally be able to try in a regular meal.  A lot of items are more Chinese-Canadian than true Chinese dishes but I didn’t mind.

Food:  Difficult to say – from past experience at their other locations, I would say their regular menu is better.
Service:  4 / 5