There was a time in my youth when I thought Burger King was really good (relatively speaking of course).  Their signature Whopper seemed juicy and their BK Big Fish actually had a huge piece of fish in it.  I suppose times have changed and so have my tastes.

Today, the Whopper seems a little bland to me.  It’s still a pretty large burger compared to other fast food burgers but it doesn’t seem as big as it used to be.   Moreover, I think the meat just isn’t as flavourful as it should be. 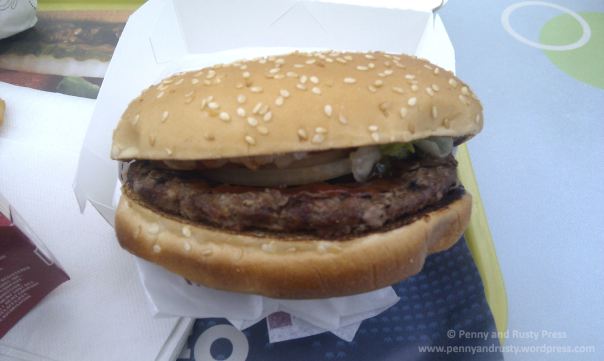 In addition to their Original Chicken Sandwich, I used to really love their BK Big Fish… the patty was so huge and tasty back in the day.  This picture is very deceptive because it seems like they use a smaller sized bun to make it appear as if the patty still lived up to it’s moniker.  In reality, the patty is kind of thin (probably half the thickness that it used to be) and could use a lot more tartar sauce to provide it with some flavour. 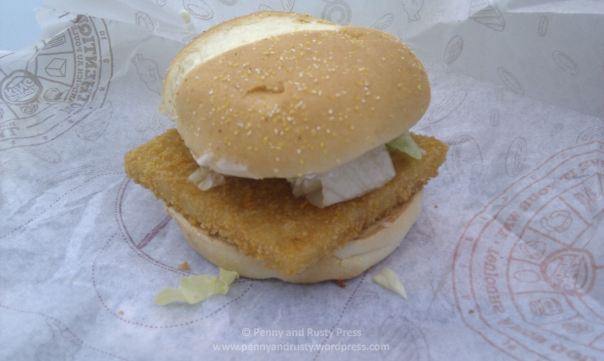 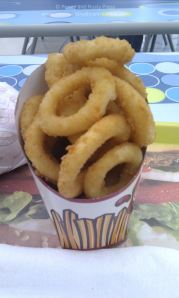 Between the big 3 fast food burger joints, I think my preference now lies with A&W.  Their burgers are still as juicy as I remember and their onion rings are far superior to Burger King’s.

Speaking of onion rings, here are the ones that Burger King offers.  While technically, they might actually be made out of onions (and yes, they do look like rings) – it’s probably more like onion powder that’s been shaped in round molds.

It’s not that I necessarily mind them… but if I wanted a real onion ring, I wouldn’t bother with one of these.

Recently, I decided to give Wally’s Burgers a second chance (my first visit there was an epic fail) and had a very similar meal of burger, fish burger and onion rings and I have to admit that they do a pretty decent job over there.

Service at Burger King is pretty much what you would expect from a fast food joint.