As I mentioned on our visit to Giovanni’s Shrimp Truck, our trip to the North Shore was a bit overcast and rainy.  We were driving though Haleiwa after a couple more car navigation snafus while stopping by Ehukai Beach (to see the Banzai Pipeline) and Laniakea Beach (to see the sea turtles) and noticed a long line of people standing in the rain waiting for shave ice. 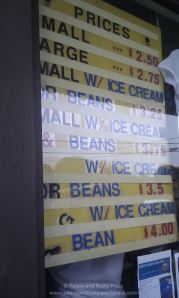 Shave ice, to the uninitiated, is very similar to snow cones that you’d find in North America with a couple of differences.  The ice tends to be shaved a bit finer than a snow cone and it’s not uncommon to have a scoop of ice cream and red bean paste at the bottom of the cup.

The one that we had at Magoo’s Burgers at Diamond Head felt more like a snow cone.

The great thing about getting shave ice in Hawaii is all of the fresh tropical flavours that you don’t normally see in other places.

Even though it was lightly raining, we figured that we had to stop by and try the shave ice because Matsumoto is famous for it.  Fortunately, the line was moving fairly quickly and the rain wasn’t coming down too hard.

While Matsumoto is a grocery store and filled with various shave ice souvenirs, t-shirts and knick knacks, people really only come here for the shave ice.  Because it was raining outside, most people were huddled inside eating their shave ice. 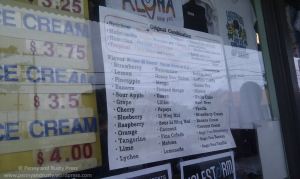 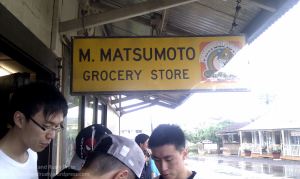 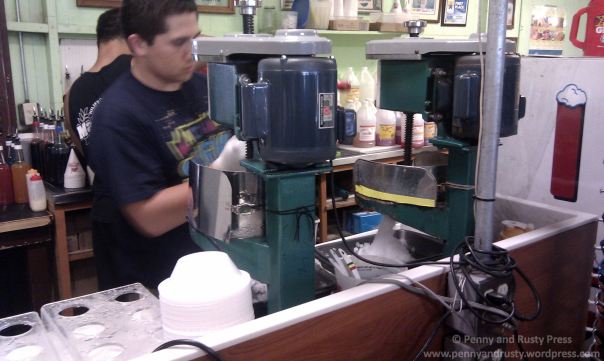 Those green contraptions were the machines they were using to shave the ice and were working non-stop. 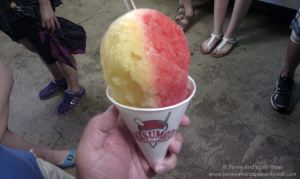 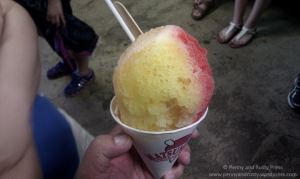 We wound up getting the mango, lychee, and papaya with ice cream and beans.  It was really good but I found that the ice cream melted on the bottom before we could get to it.