When I came by for lunch mid-week in late July, the place was pretty deserted.  My first clue on the Korean aspect of this restaurant was when they brought out the Banchan (pickled radish and cabbage slaw).  Nothing too fancy but sufficient to tide me over until the main course arrived. 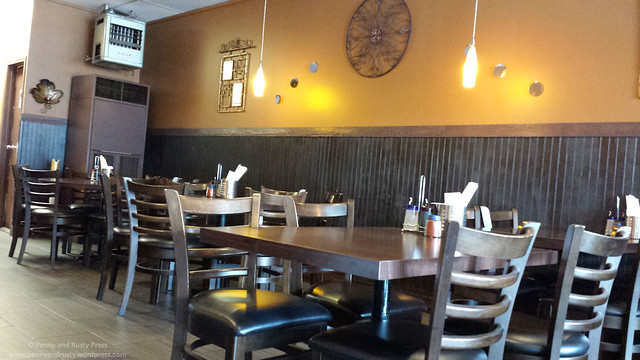 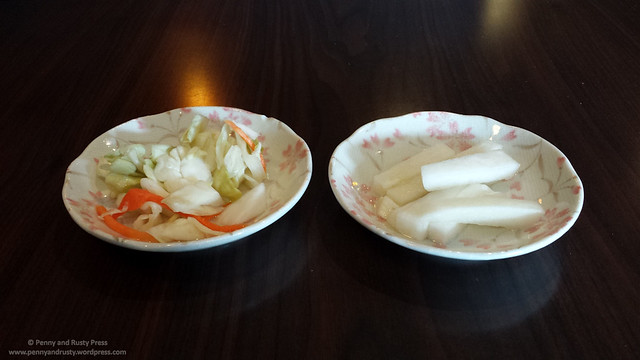 I heard that the Boiled Dumplings ($7.99) here were pretty good so I picked up an order.  The dumplings were of the small variety but were tasty.  At the table are some ingredients to make your own dipping sauce. 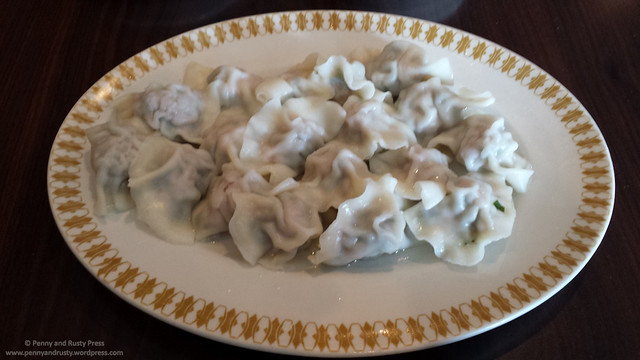 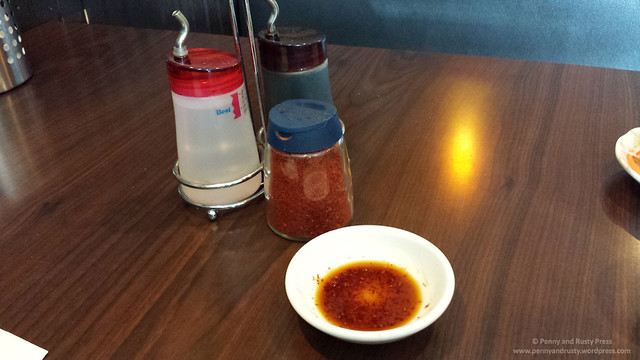 I decided to order the Fried Crispy Chicken ($17.99) which was a huge order.  This is more on the lines of something that you would share among 2-4 people as a snack.  The sauce was sweet and slightly spicy from the chili sauce.  This might be passable as a late night snack but I found that the chicken pieces were rather tough.  I wound up bringing most of it home (but not finishing it).

I had high hopes for the Noodles with Onion, Pork, and Black Bean Sauce ($13.99).  Unfortunately, the noodles were too starchy (probably cooked too long).  It’s a shame because I really did like the toppings (although it was difficult mixing the toppings with the noodles). 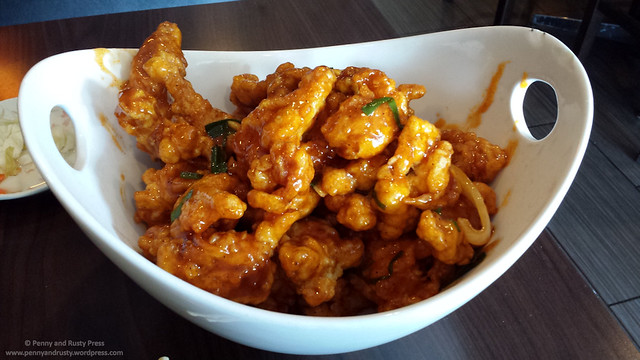 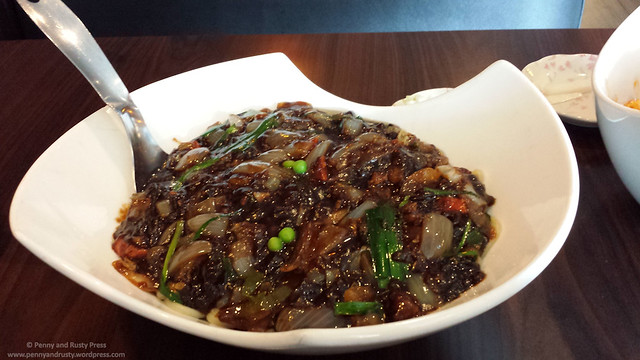 In many respects, the food here is like the kind of food that you’d get at a Taiwanese snack shop with both hits and misses.