Okay, so I know that we woke up a bit later that we usually do on Saturdays, but we were still in the mood for dim sum while we were out in Richmond.  The problem is that the good dim sum restaurants get quite busy and we were having no luck this time around.  We tried our luck with 2 other restaurants who snubbed us (one of them didn’t even bother to ask us to wait, the other said the wait would be a couple of hours).  Instead, we walked over to Parklane Chinese Restaurant located on the 2nd floor of London Plaza.

There was a slight wait here too but just 5 minutes.

The first dish that we ordered was the Shredded Chicken and Marinated Jellyfish ($7.45).  This was a good rendition and had plenty of crunchy veggies and jellyfish paired with the crispy wonton wrapper bites. 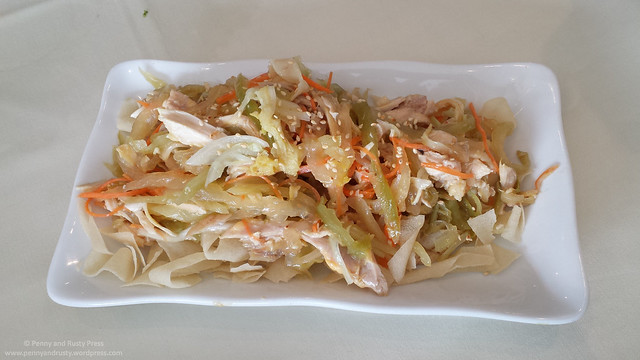 We weren’t sure what to expect from the Deep Fried Beef Rice Wrap ($4.45) dish but I thought this was a really interesting item.  Inside the thin and crispy rice wrap were plenty of thin beef slices in a rich sauce. 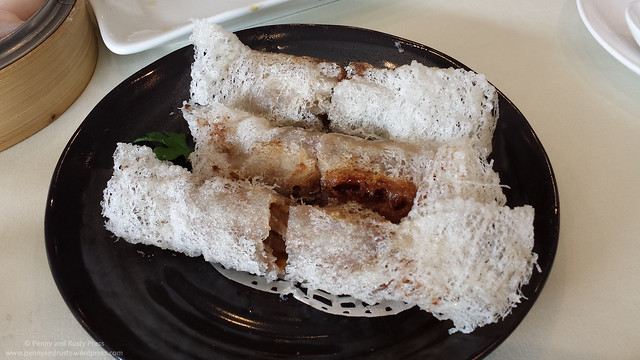 Is it me or do these Har Gow ($4.65) looks like mini brains?  I must be watching too much Dexter.  As for the bra- uh, I mean dumplings, I found the wrappers to be a bit too thick and chewy. 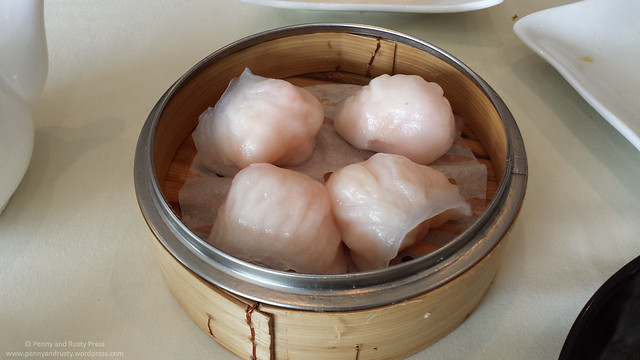 You can’t go wrong with a dessert like the Mango Pudding ($3.95) 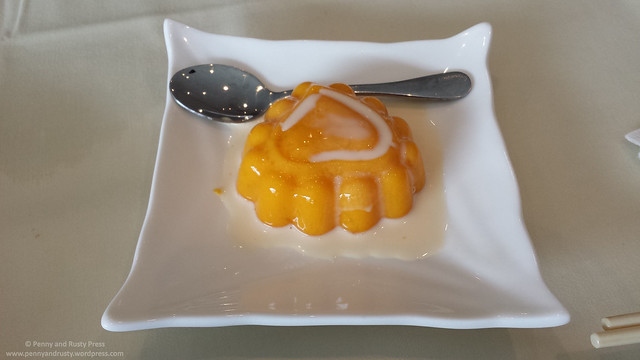 Our second-to-last dish hit us with a bit of a low note.  The Chinese Donut Rice Roll ($4.95) with pork floss simply wasn’t crunchy enough on the inside… which is what you’re looking for in a Chinese donut.  The texture of the deep fried donut is supposed to contrast with the silky smooth rice roll wrapper but it just felt a bit chewy throughout. 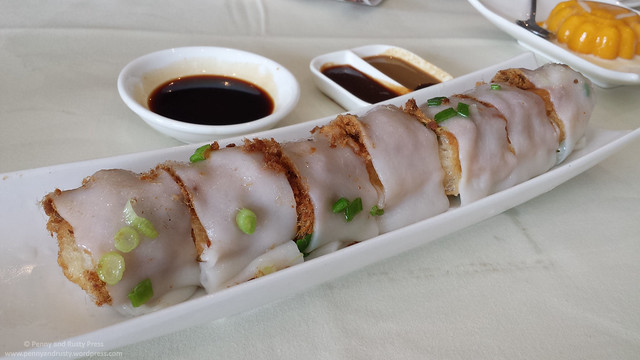 We did have one other dish that we were waiting for.  We had to ask to if the Assorted Mushroom and Pork Bean Curd Rolls ($4.45) was still coming – think they just forgot it.  Unfortunately, by the time it did arrive, it just didn’t cut it at all.  The wrapper was just too difficult to chew through and they never bothered to cut it in half for us.  The filling wasn’t really up to par either. 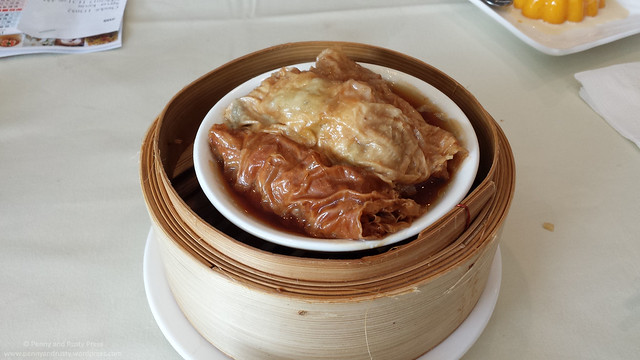 So, while the food started out good with a few dishes, it’s a bit hit-or-miss as they also had some dishes that were unimpressive as well.