Provence Marinaside is a rather spacious French restaurant located in Yaletown at Marinaside Crescent and Davie Street (about a block away from the Roundhouse Community Centre).

We dropped by for lunch when the weather was still nice out and enjoyed a relatively quiet meal.  First up was the complimentary bread and butter.

The Steamed Mussels ($10) dish was priced rather inexpensively so I wasn’t surprised that the portion size wasn’t huge.  Still, it had about a dozen plump mussels in a rather tasty garlic sauce.  The toasted bread that came with the dish was great for dipping in the broth. 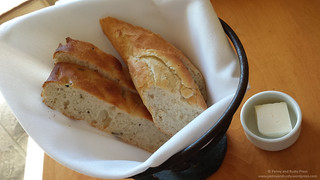 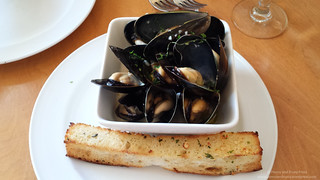 For my main, I picked the Linguine Vongole ($21) with a garlicky white wine sauce.  It’s a very pretty dish and equal parts light and refreshing.

The Crab and Shrimp Cakes ($18) had a nice char to the outside but was fluffy on the inside and served along with a fennel slaw and mixed greens. 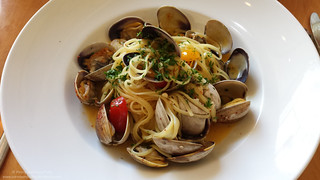 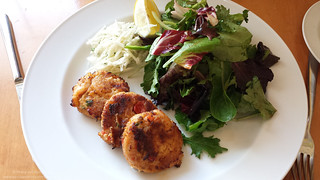 After your meal, you can try to walk off all of the extra calories along the seawall.