Say what you will of IHOP… they really know their breakfasts.  I’m often looking for somewhere to grab an early breakfast while I’m out running errands and noticed this IHOP along Kingsway.

Instead of pancakes, I decided on the Swedish International Crepe Passport ($8.89).  But before that arrived, I ordered a Hot Chocolate ($2.99) because it was a pretty cold morning.

The Swedish crepes are very light with a slight crisp to the skin (almost akin to a breakfast roti but thinner).  The lingonberries and lingonberry butter was slightly sweet and tart at the same time which was quite enjoyable.  I’ve never been to Sweden before but this breakfast had me reminiscing about trips to Ikea. 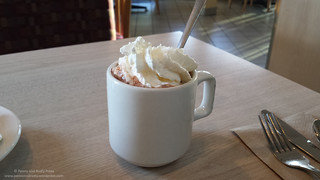 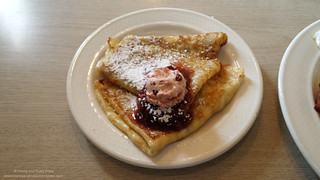 When my waitress brought out my breakfast plate and promptly took it away before it touched the table, I was wondering what was going on.  Turns out she saw a small eggshell on the plate so she quickly brought it back and fixed it.

There’s really no complaints about their breakfast items.  The sausages were plump and juicy, the egg yolks were perfectly runny when I cut into them and the bacon slices were cooked with a nice crisp to them. 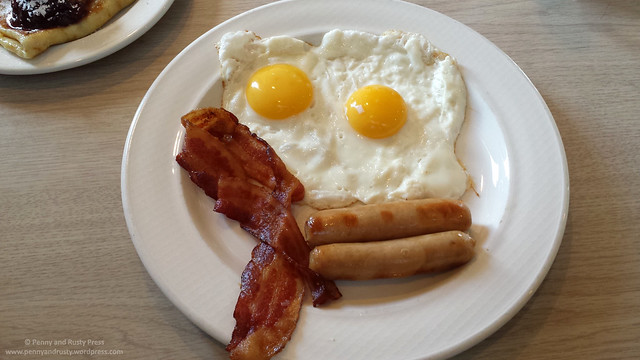 All together, a solid traditional breakfast joint with enough options to keep things interesting.