Triple O’s is one of my new go-to place for a quick breakfast.  It seems just as fast as other fast food restaurants but the food quality is better (especially compared to my recent breakfast at Tim Hortons).

I’ve had the Breakfast Club before and it still remains one of my favourites.  Whoever came up with the idea of putting hash browns inside the sandwich is a person after my own heart.  Speaking of hearts, this breakfast sandwich might give you a heart attack but you’ll go with a smile on your face… sausage, fried egg, cheese, and the aforementioned hash browns all served together.

The meal also comes with an additional side of hash browns but I won’t complain about that because the seasoned hash browns here are really good and perfectly crispy.  My only complaint about this breakfast sandwich is that they use the same large, soft bun that you see in their hamburgers.  I would have preferred a bun that was maybe more liked a toasted English muffin since the bun they used made it very filling for breakfast. 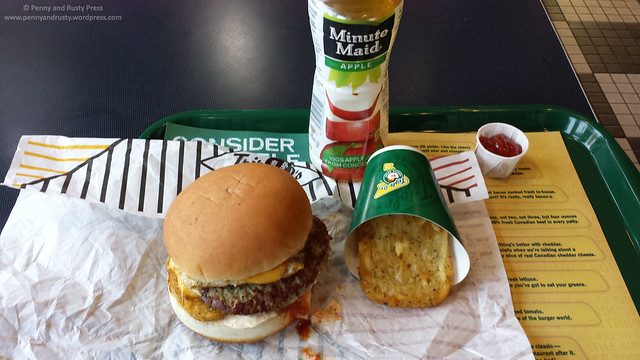 To change things up, I’ve also tried their Original Sunny Start combo which comes with a fried egg, crispy bacon, cheese, and Triple ‘O’ sauce on the same type of homestyle bun.  Again, great hash browns in the combo (which you could put into your Sunny Start yourself if you were so inclined). 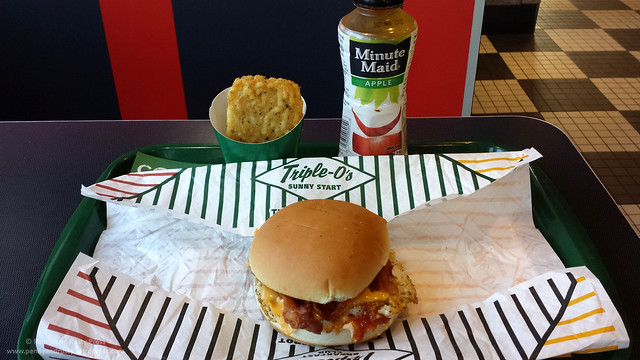