When Thai Express first opened in malls, I was very pleased with the quality of their food (especially considering they are food court stalls).  As with many places, however, times change and so does the food.

Instead, this time I decided to try their Tom Yum Chicken with Coconut Milk (they charged an additional $1.25 for the coconut milk).  There was a good amount of chicken and the broth was both tangy and spicy with good hit of lemongrass.  However, there wasn’t much coconut milk added to the broth (they used a squeeze bottle to squirt a couple of shots of coconut milk into the bowl).  I think it would have been better if they had a broth that had already incorporated the coconut milk so the flavours would combine better.  As it was, I couldn’t discerne much added flavour.  Fortunately, the tum yum was fairly flavourful by itself. 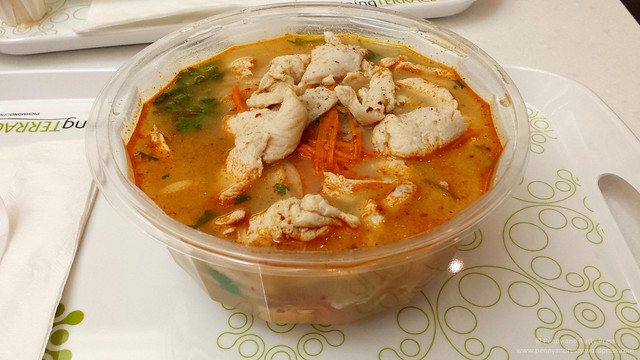