We spent a lot of time on our recent trip to Vegas at the Earl of Sandwich in the Planet Hollywood Resert for a few very important reasons… 1) love the hot sandwiches here, 2) open 24 hours a day, 3) free Wi-Fi.

As I mentioned on our last visit, the Earl of Sandwich makes for a great snack if you’re not in the mood for a huge buffet.  If you’ve never been to Earl of Sandwich before, this is what you’re looking for… 2 golden bricks of deliciousness that are piping hot. 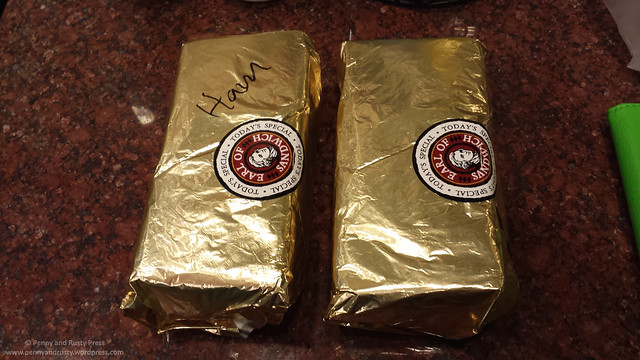 The Holiday Ham ($6.49) is a special item that they have during the holidays and includes pineapple, ham, and an apple glaze type sauce.  It actually kind of reminds me of their Hawaiian BBQ sandwich.

The Holiday Turkey ($6.49) is one of their holiday specials that actually made it to their every day menu.  It’s not hard to see why… turkey, gravy, stuffing, cranberry sauce… what’s not to love? 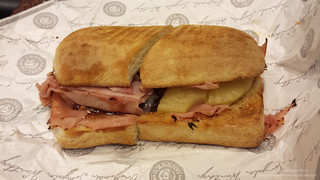 But Earl of Sandwich has more than just sandwiches… they also have wraps. 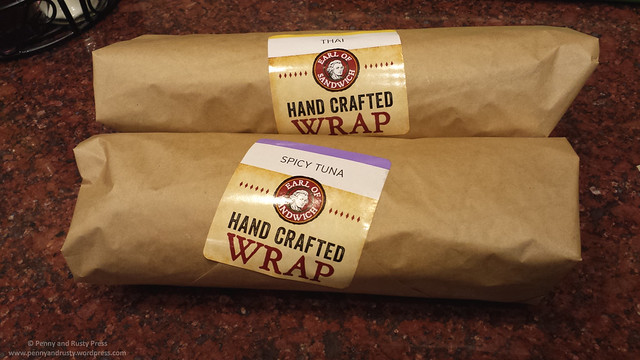 The Spicy Tuna Wrap ($6.99) surprised me a bit with the inclusion of kalamata olives in the albacore tuna salad. Romaine lettuce, tomato, pepperoncini peppers, chipotle sauce, and balsamic vinaigrette round out this tasty wrap.

The Thai Wrap ($6.99) had a mix of romaine and cabbage rolled up with grilled chicken, sweet chili sauce, crispy wontons and Thai peanut sauce.  Personally, I preferred the tuna wrap but I’ve got a thing for tuna sandwiches. 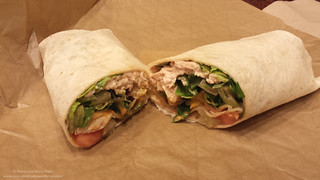 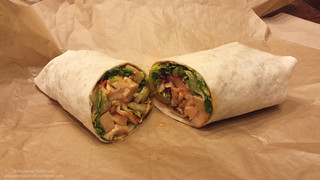 I mentioned that they’re open 24 hours, right?  They have hot breakfast sandwiches that come wrapped in the same gold foil as their regular sandwiches but come served on round artisan buns. And, if you’re looking for something lighter, they also have fresh fruit cups. 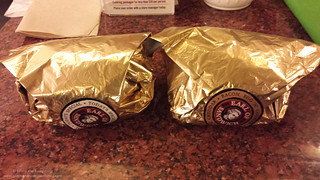 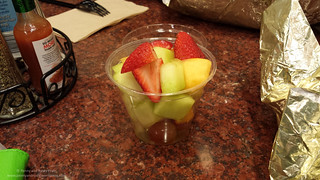 The Bacon, Egg, and Cheddar ($3.99) had crispy bacon and egg served on a toasted bun but I felt that the cheese slice needed to be thicker as it melted into almost nothingness.

The Ham, Egg, and Cheddar ($3.99) is basically the same but they swap out crispy bacon for deli-style ham. 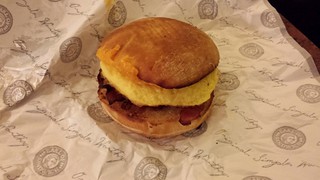 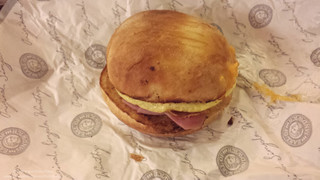 As I mentioned earlier, I have a thing for tuna so I just had to try their Tuna Melt ($6.49).  This is really for the tuna melt purists as it’s just melted swiss cheese and albacore tuna on the bun.

We finished off our multi-day visit to Earl of Sandwich with The Italian ($6.49) – Salami, capicola, roasted ham, mortadella, mozzarella, tomato and Italian dressing. 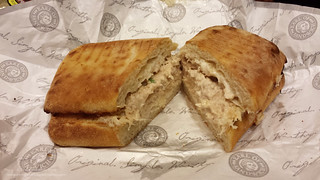 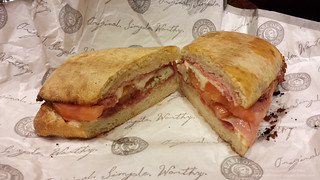