The Cheesecake Factory is one of our regular haunts in Vegas and is located at the very end of the Forum Shops in Caesars Palace.  They have a very extensive menu so we noshed on the complimentary bread while we decided on which cheesecake to pick.  The darker bread (a whole honey wheat type of bread) is my favourite and shouldn’t be passed up.

One of the problems with The Cheesecake Factory is that their menu items are quite large and filling.  While this is fine if you have a big appetite, it makes it difficult when trying to save room for dessert.

And you’ve just got to order some kind of cheesecake when you dine here.

The Skinnylicious Soft Shrimp Tacos ($12.95) comes with 3 tacos with avocado, tomato, onions, cilantro, and crema in addition to the bowl of vegetable salad.  It’s honestly not the best shrimp taco I’ve had before (think the shrimp needed to have more texture to it).  The vegetable salad includes carrots, cauliflower and cucumbers prepared with a slightly acidic marinade (like escabeche).

The Skinnylicious Pasta Ragu ($11.50) is a filling pasta dish made with gemelli (a single s-shaped pasta strand twisted into a spiral that resembles twin tubes of pasta).  There was a good char on the meat and thick sauce clings to the pasta. 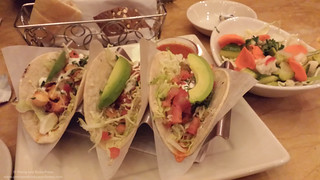 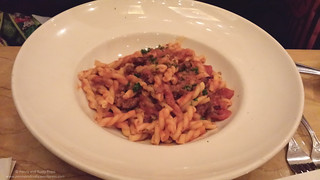 One of the problems with having so many cheesecakes to choose from is that we never know what to order.  Do we stick with something that we’ve had before that we know we like (like Craig’s Crazy Carrot Cake Cheesecake)?  Or do we order something different that could be even better?

Well, when we saw the picture of the Toasted Marshmallow S’mores Galore we knew we had to order it.  It starts off with Hershey’s Cheesecake topped with chocolate ganache and homemade marshmallow followed with Honey Maid graham crackers and whipped cream.  This is a superbly rich cheesecake that will make kids of all ages drool. 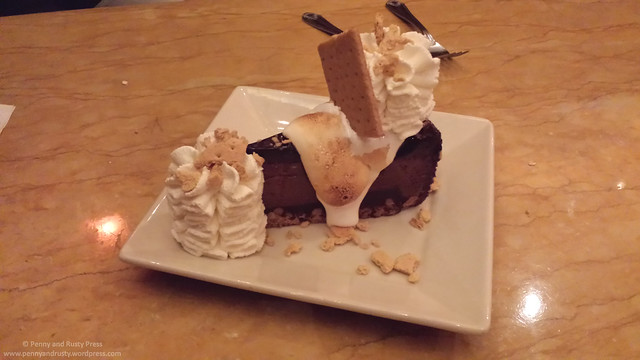