“Bur-what?” you might ask… Burquitlam is a portmanteau (think “Brangelina”) of Burnaby and Coquitlam since North Road divides the two cities.  Wings is located right on the corner of North Road and Lougheed Hwy (a very congested intersection).

Despite the busy area, the inside of this spacious Wings location was quite dead when we visited.  There are plenty of other restaurants along this corridor which might explain the lack of customers. 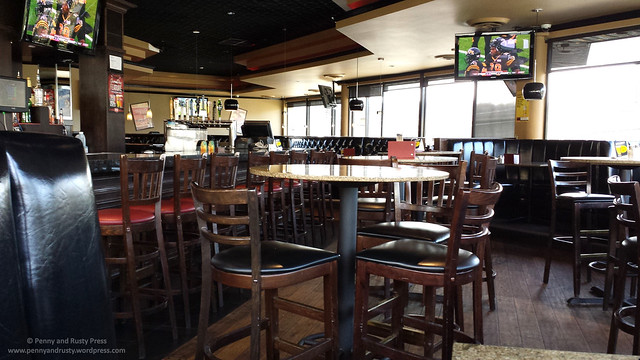 The Santa Fe Chicken Cobb Salad ($12.98) includes cajun-spiced chicken breast, corn, bell peppers, cheddar and a bacon chipolte ranch dressing along with tri-color tortilla chips and sour cream.  I wouldn’t really say that this is a traditional “cobb” salad because there’s no hard-boiled egg, avocado, or tomato.  And unlike other cobb salads that we’ve had before, all of the ingredients were all mixed together so it was hard to tell what was in it.

They really should change the name as it’s confusing… it’s basically a tex-mex version of a chicken salad.  Although I didn’t like the sour cream that came along with the salad, the salad was tasty enough. 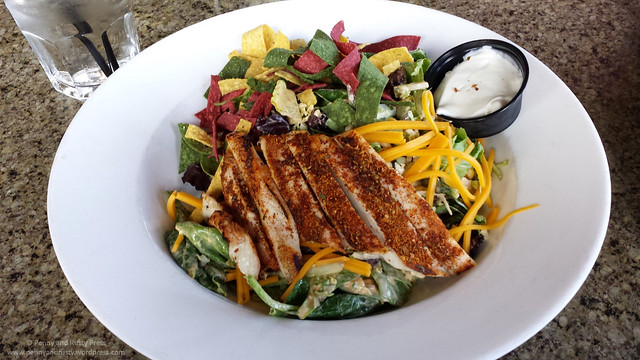 Of course, you can’t go to Wings without trying one of their vast varieties of wings.  We opted for the Sweet Thai Chicken Wings ($8.58) which were aptly named because the wings were a bit too sweet for our preferences.  We actually prefer Thai wings that use a creamy peanut sauce instead but these wings were quite good and the wings had a nice crunchy texture to them from the deep-frying process. 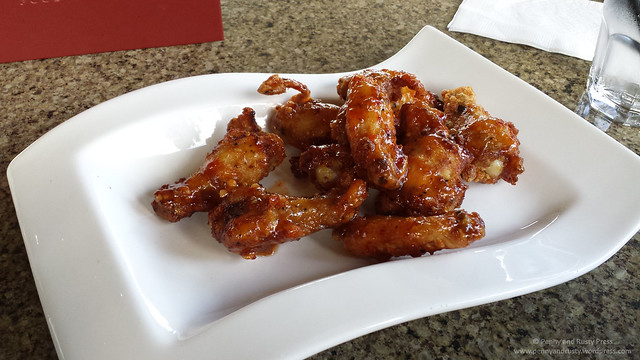 You get about 9 wings per pound here.  I’m not sure if they have a happy hour here but it would be good to try out a bunch of different wing flavours.