We’re not as young as we used to be so we don’t spend as much time at buffets in Vegas anymore.  Still, we felt like we needed to try at least one during our visit so we picked the Spice Market Buffet located under the Planet Hollywood casino.

While definitely more expansive than the casino buffets that you find in Vancouver, it’s pretty standard compared to the various buffets in Vegas.  I’ve been to this buffet a few years ago but this visit wasn’t as good as the last one.  What I have noticed recently is that the buffets have gotten wise to our old trick of going for a late lunch to get the dinner menu at a lower price.  Now, many of the buffets have started their dinner sessions as early as 3pm.

I couldn’t possibly try every single item here but just tried to stick with items that I’d like.  There were plenty of other stations that I didn’t photograph but here are a few of the stations.

Mexican station with fajita and sausages.  The salad/veggies section always seems to be lacking at most buffets. 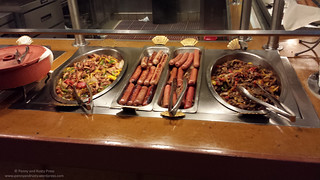 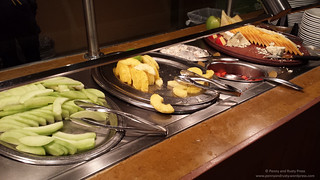 They had a number of different lamb dishes including a roasted tomato stuffed with lamb, lamb tagine and roast lamb. 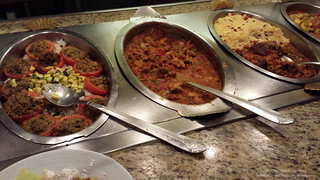 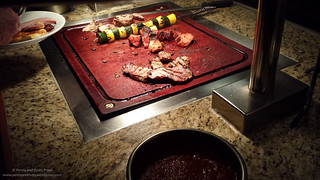 The Mediterranean dishes included hummus, tabouleh, and dolmades but I didn’t particularly enjoy the grape leaves in their version. 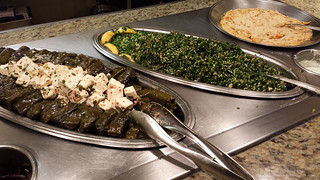 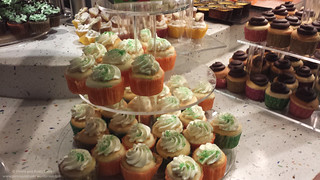 For some reason, most of the dessert items were different types of cupcakes which was a bit disappointing.  They did have crème brûlée as well as bread pudding and a few other non-cupcake items however.

They had both an Asian and Italian station but I didn’t spend too much time there as most of those dishes are filler-type items and I find that they don’t always translate well in a buffet settings.  For soups, they had 2 different varieties to choose from. 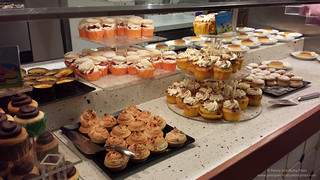 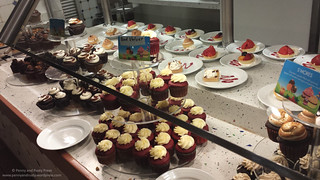 The fried chicken with country biscuit was actually one of the better items but the mac and cheese was disappointing. 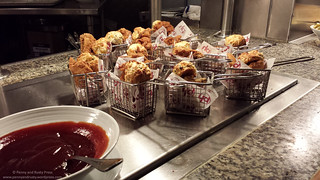 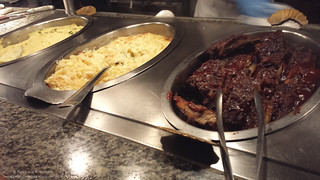 This buffet had a few stations that were duplicated in different areas.  I found the the grilled veggies had a good selection in one side of the buffet but not in the other.  It’s always a good idea to scout out the different areas to see what’s available before loading up your plate. 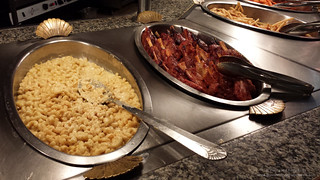 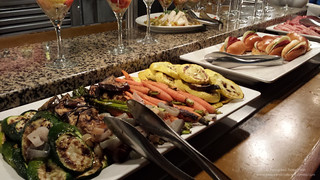 What most people come for at buffets is the seafood.  The Spice Market had cold shrimp, crab stuffed sole, breaded shrimp, and snow crab legs (which were easy to eat because they were pre-sliced open). 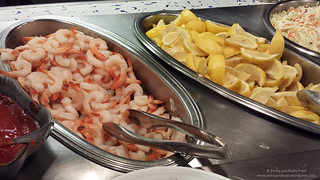 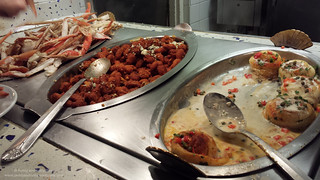 For my first dish, I stuck with mainly lamb dishes and some seafood items.

I tried the hand carved bacon slab for my second dish but found it to be a bit too hard.  The BBQ pork bun filling was good but the bun must have been sitting too long as the outer skin had gotten really thick and not even remotely similar to how soft and pluffy it should have been like.  As I mentioned earlier, the fried chicken and biscuit were quite good.  I found that the spicy corn chowder that I tried was too thick (again, probably from sitting too long). 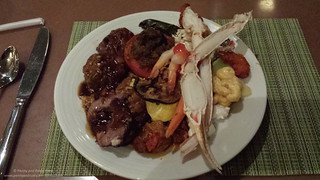 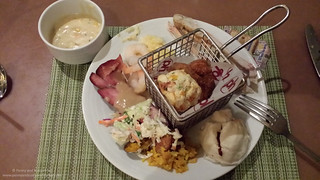 I saved my last dish for dessert and grabbed a cannoli cupcake only to be disappointed by finding the cannoli had turned soft and lost it’s crunch.  I also grabbed a large macaron, quickly melting soft serve ice cream, and a chocolate wafer with toasted marshmallow which was suprisingly good. 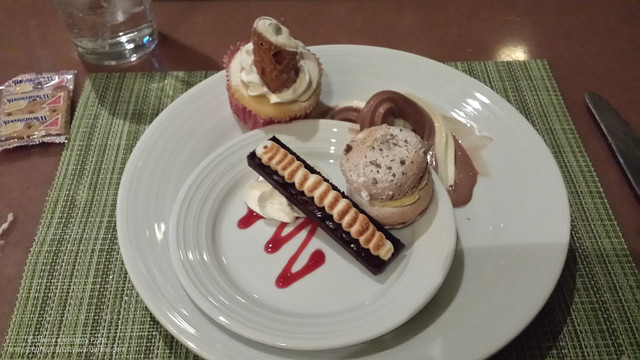 If you’re looking for a buffet to try in Vegas, try Le Village Buffet in Paris or the Bacchanal Buffet in Caesars.