During our recent visit to Vegas, they were doing a bunch of renovations at the New York – New York Hotel so we almost didn’t go inside.  Lucky for us we did because we accidentally stumbled across the America Restaurant which serves cronuts.

If you don’t know by now, a cronut is a portmanteau of croissant and doughnut and caused an enormous stir in the pastry industry in 2013. 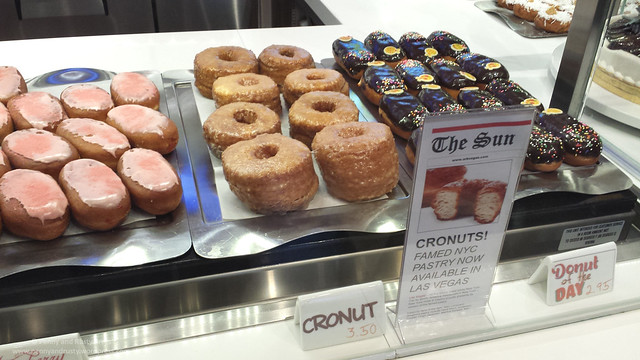 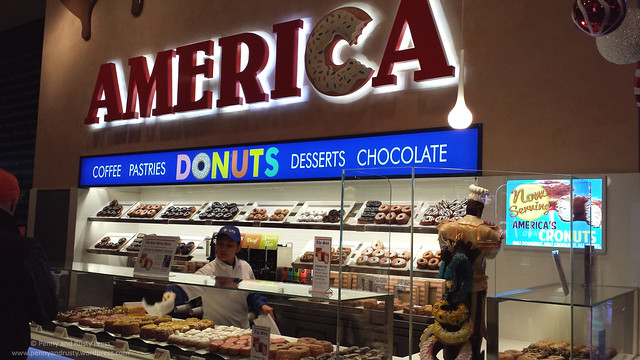 As we’ve never tried a cronut before, we don’t have anything to compare it with.  What I can tell you is that the glaze on the outside was quite sticky and wound up sticking to the top of my mouth. 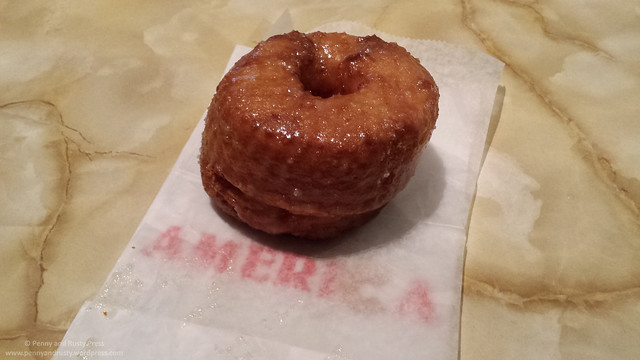 The inside of the cronut was very airy and flaky.  They also had some varieties that had various fillings like nutella or cream. 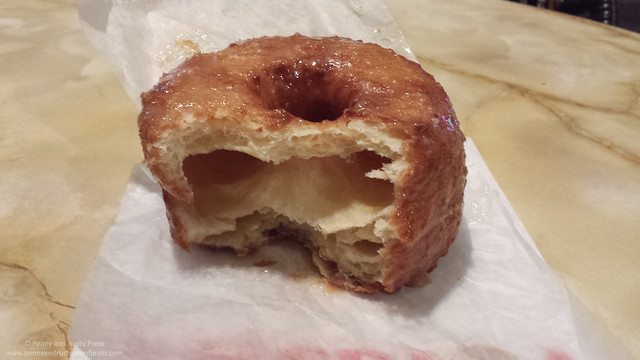 To some degree, it reminds me of a cruller.  Would I wait in a big line for this?  Probably not… Fortunately, there were no lines here and plenty of cronuts to go around.  Perhaps the whole cronut craze has already faded already?