Okay, so if you’re not up for a 10 hour flight to France, you can head down to Vegas to experience dining at a Parisian café. 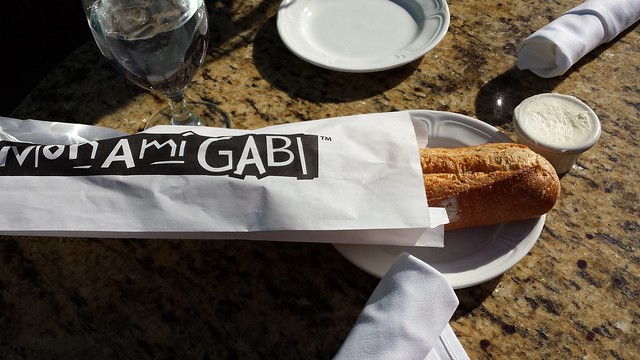 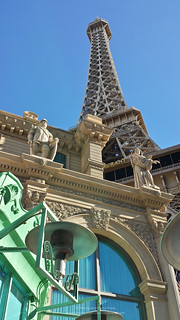 Even though the weather was really chilly on our visit in December, you have to dine on the patio if you get a chance.  It’s located right on The Strip so you can watch all the people go by and they have space heaters set up to keep you warm.

As it turns out, the sun kept us pretty warm (until it ducked behind the shadow of the Cosmopolitan Hotel across The Strip).

They bring out complimentary freshly baked, rustic crusty bread so you can enjoy as you stare up at the Eiffel Tower.  The little birdies know to come to this patio to feed on all of the bread crumbs that fall to the ground.

From the patio, you can also see the water fountain shows at the Bellagio.

For starters, we ordered the Sea Scallops Gratinées ($12.95) which came prepared with caramelized fennel and onion marmalade, and mussel cream. 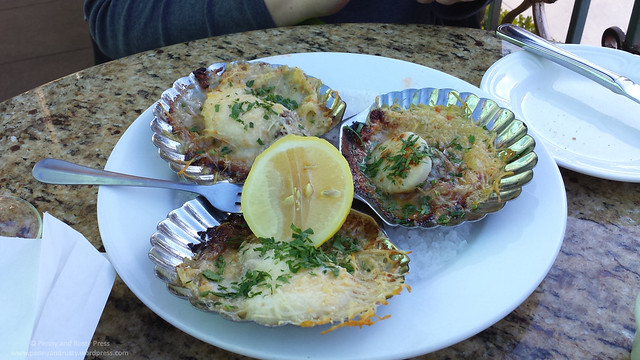 I was originally contemplating whether or not to order the Onion Soup au Gratin ($9.95) in case it would be too filling.  But I’m glad I decided to try it… how often do you get to have French Onion Soup sitting outside the Eiffel Tower? (even if it’s just a replica).

The onion soup is topped with a thick layer of gruyere cheese to cover the tasty broth.  The broth was good but didn’t contain as much onions as La Régalade. 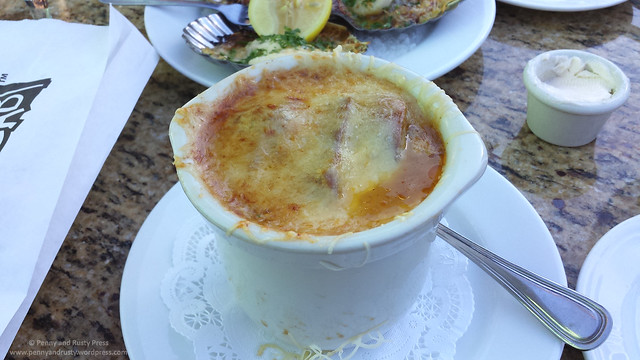 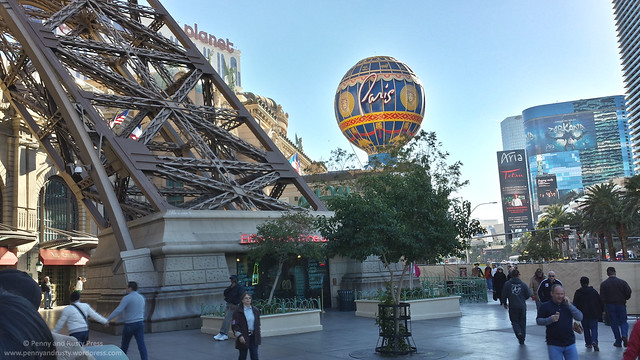 The Chicken Paillard ($19.95) is prepared by flattening the chicken thinly to tenderize the meat and then quickly cooking it.  When the waiter brought it to us he said it was Lemon Chicken which confused us until he explained that’s what we ordered.  The chicken was a bit plain with just the lemon flavour.  It’s served with root vegetables and an arugula salad. 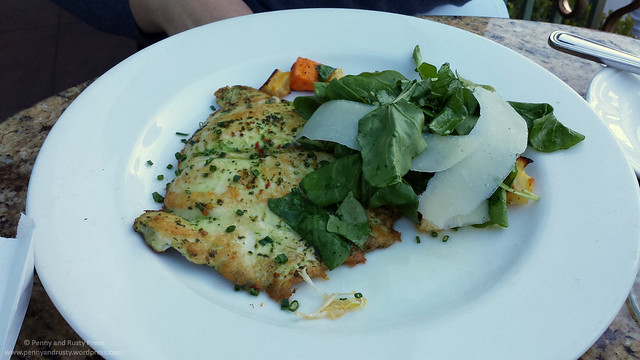 The Seafood Crêpe ($15.95) was a good rendition with thin, light crêpes topped with seared scallops, shrimp, peas and cream. 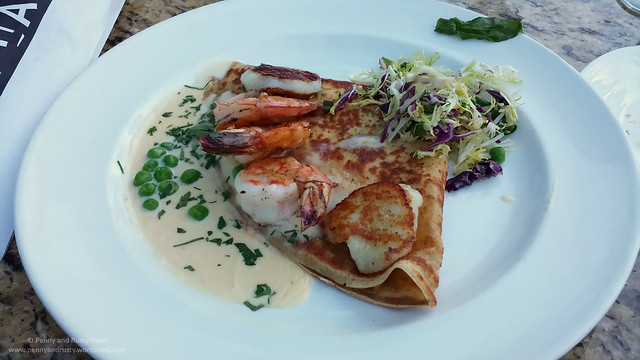 If you come to Vegas, make sure you take time to enjoy a meal on the patio of Mon Ami Gabi.