← Shaughnessy Restaurant – Dinner Date
Sushi Garden (Kingsway) – Why is this place so busy? →

The Spud Shack Fry Co. is located in the new development that has built up around the New West Skytrain station.  While it’s not within the fare paid zone, it’s close enough to the restaurant that you can see the Skytrain departing the station.

It’s actually located on the Skytrain level (above the Safeway).  When you enter, you’ll immediately see the area to place your order.

I opted for the Halibut with frites ($14) but substituted the frites for a small poutine with bacon, sour cream and chives for an extra $3.  It’s interesting that we often think of fries as being “French” but they really originated in Belgium.  I guess saying “french fry” is a lot easier than saying “belgian frites”.

To quench my thirst, I added a Boylan Ginger Ale for $2.75 which is a dry type of ginger ale like Canada Dry. 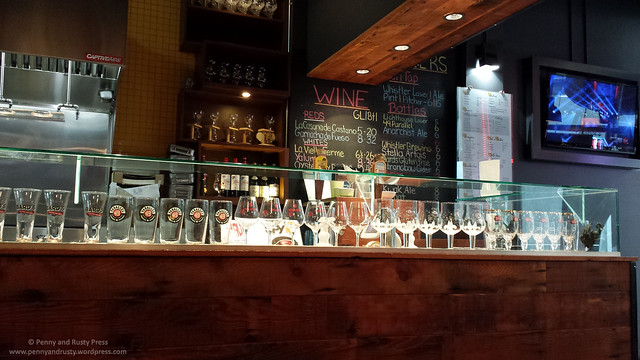 Similar to Pajo’s, their tables have holes so you can place you cone of fries.  What you’ll notice in the picture below is that they got my order wrong and gave me the halibut and frites.  When I mentioned this, he promptly whipped me up my order of poutine so I was able to try out both their poutine and their regular frites.

The halibut had a hard coating that was very crispy but not overcooked.  While the fish was not super moist, it was still good nonetheless. 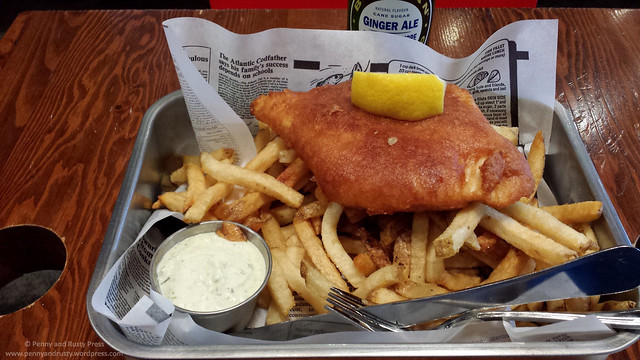 My favourite here was the poutine.  It’s really the cheese that does it for me… slightly melted with a chewy texture.  The fries were crispy and held up well to the gravy.  This poutine was almost like a baked potato with the bacon, sour cream, and chives. 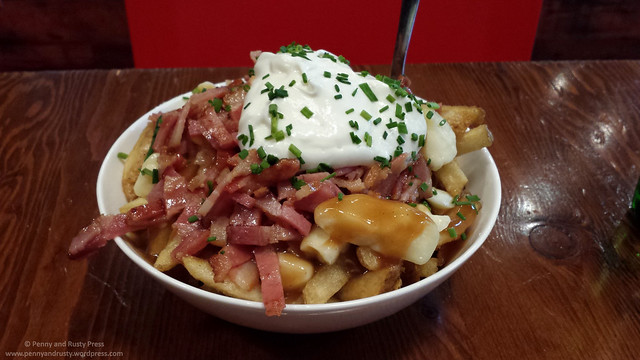 As it turns out, I wasn’t distracted by the Skytrains zipping by as I was in my own little fry heaven and ignorning everything else.  If you find yourself around the New West Skytrain station and looking for some tasty, hand-cut frites made fresh every day, The Spud Shack is a good choice.  They even have a loyalty program that you can sign up for with your smartphone.

If you’re not someone who uses Skytrain, there is parking in the complex for $3/hr.

← Shaughnessy Restaurant – Dinner Date
Sushi Garden (Kingsway) – Why is this place so busy? →