The Sixth Street Grill is a new restaurant that opened up in 2013 on (you guessed it) Sixth Street in New Westminster.  The restaurant is quite spacious inside with wood tones throughout.

For some reason, I was in the mood for turkey for lunch so I ordered up the Roast Turkey Dinner ($13.95) which came served with a bowl of Boston Clam Chowder.  Since it was a bit chilly outside, I also ordered a Hot Chocolate with Whipped Cream ($2.50).

I thought the chowder seemed a little too “light brown” since I’m used to Boston clam chowder being white.  The soup was hot and creamy but it seemed like the ingredients were so worked down that it was difficult to tell what each ingredient was.  That being said, it wasn’t bad… just not what I expected. 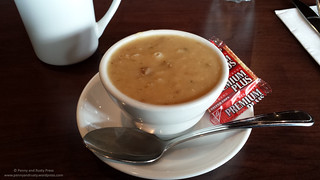 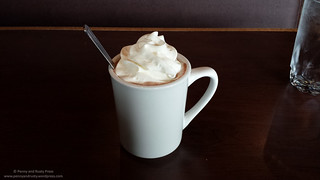 The dinner also includes a warm Portuguese bun.  Oh my goodness… this was one tasty bun.  Perfectly crusty on the outside with a soft and airy interior.  It would have been better if they brought over some butter – but I’m just nitpicking now.

They roast their turkey in-house and there was a decent sized portion of meat.  Underneath the turkey, and next to the perfectly round globe of mashed potatoes, was the stuffing and they coated it all with a generous amount of thick brown gravy.  This meal really hit the spot. 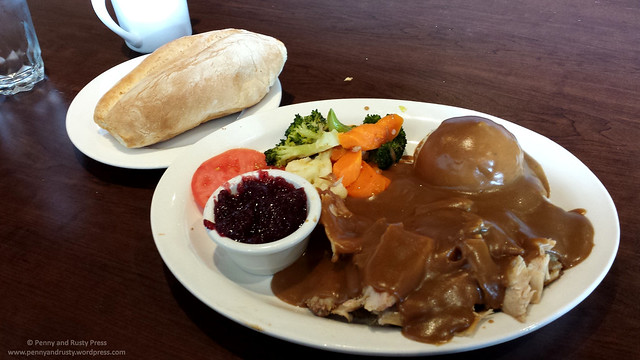 Afterwards, I had my choice of lemon jell-o or chocolate mousse.  Since I was so stuffed, I opted for the jell-o.  I was surprised that they serve it will a dollop of whipped cream… I haven’t had jell-o with whipped cream since I was a kid.  The jell-o was the real deal (not like the “jell-o” you get at AYCE Japanese buffets) and I think the whipped cream makes all the difference. 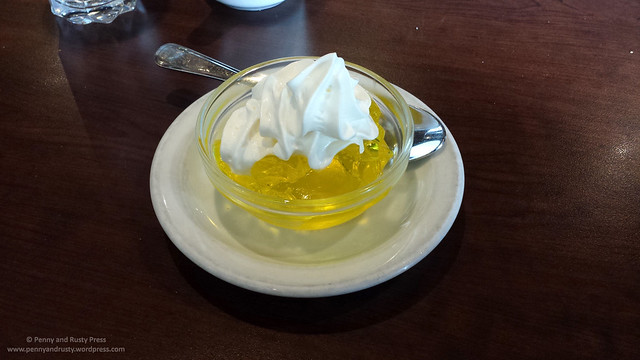 In terms of service, there was one waitress who was pretty good but one of the other waitresses seemed a bit indifferent.  They also have a number of reasonably priced breakfast items and sandwiches here.