In mid-November, I found myself on a rare visit downtown and decided to try out the breakfast buffet at Mosaic Grille & Bar.  Before breakfast, however, I had to find the place.  I knew that it was in the Hyatt Regency on Burrard (conveniently located next to the Burrard Skytrain station), but that was it.

Long story short, I mistakenly got caught in a line of Japanese tourists leaving the hotel but managed to find my way back to the restaurant (located on the 2nd floor and just past the elevators).  From the windows, there’s a great view of Christ Church Cathedral and the Fairmont Hotel Vancouver behind it. 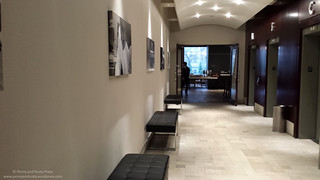 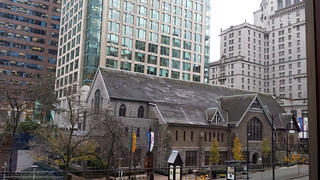 The breakfast buffet is $26 which gets you juice, coffee/tea, and pretty much all of the favourite breakfast items that you could possibly want.  Unlike the Sunday brunch at Reflect, the food here is strictly breakfast fare such as the cereals, mini-muffins, croissants and other pastries that you see below. 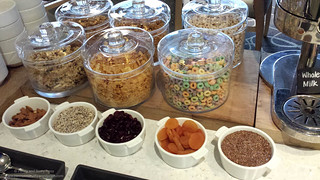 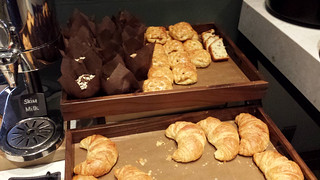 There’s a station for bagels, smoked salmon and charcuterie. 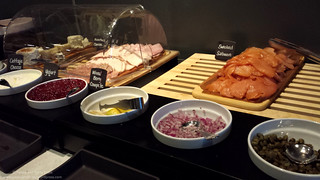 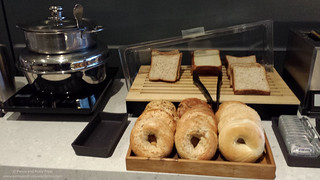 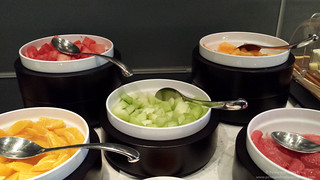 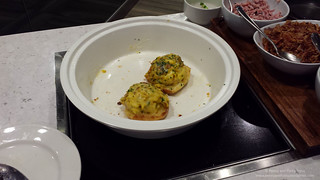 An omelette station as well as self-serve areas that had tasty items like the maple glazed ham. 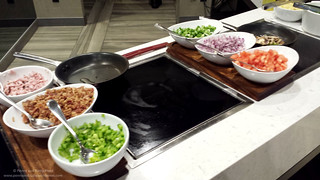 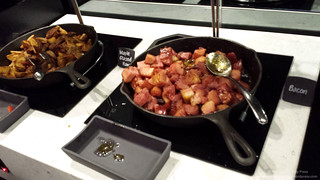 The perennial meat favourites like bacon and sausage as well as carb themed items like French toast and bread pudding. 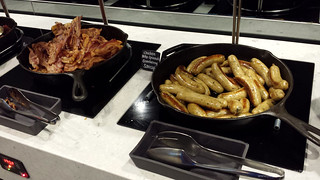 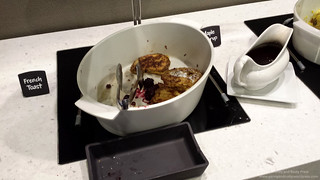 I started my first plate with some of the lighter items.  While the menu isn’t super extensive, the quality of the food is top notch.  The smoked salmon (I topped it off with some capers and red onions) was so fresh and so much better than what we usually buy from the grocery store. 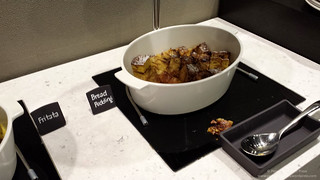 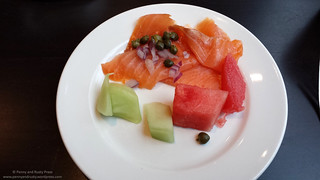 For my second plate, I had an omelette prepared with mushrooms, green peppers, onions, and bacon.  The light and fluffy omelette was prepared perfectly and the cook also gave me a couple of pointers for making it at home.

While the French toast wasn’t the best I’ve had before, I did really enjoy the chicken, feta, spinach, and cranberry sausages.  They were super tender and plump and juicy.  Originally, I only picked one sausage because I’m more of a bacon person but I made sure that I grabbed a couple more for my next plate.

The very meaty maple glazed ham was slightly sweet and had the consistency of roast bbq pork. 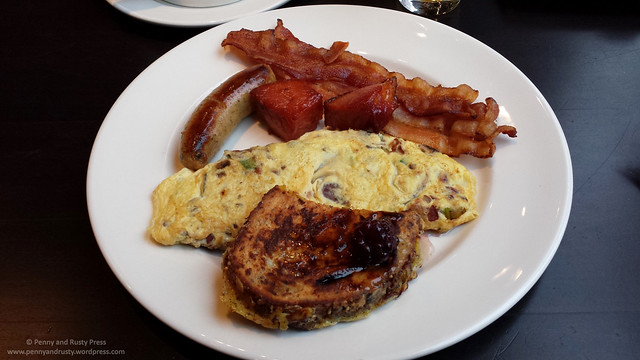 For my last dish, I made sure to pick up some of the things that I really enjoyed earlier like the smoked salmon, sausages, ham, and bacon.  I also tried the frittata but it didn’t seem too special (although I did just get the last remnants of what was in the bowl).

The surprising favourite of mine was the bread pudding.  It was soft and moist and melted on my tongue – so much better than the French toast.

While there were no true desserts, I did pick up a mini lemon poppyseed muffin and polished it off with fresh apple juice (I swear I’ve never had a better glass of apple juice before). 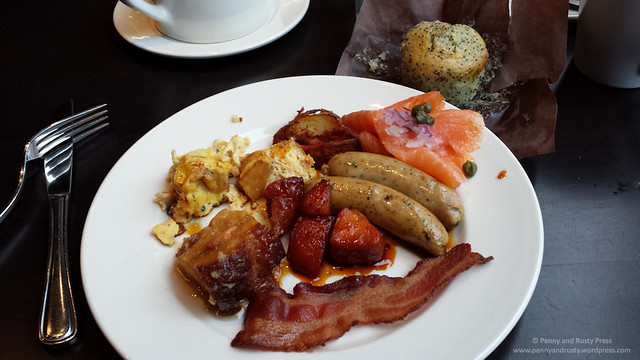 Service was friendly and unimposing and it wasn’t too busy on the Friday morning that I visited.  While they also serve a regular breakfast menu, I think their buffet is a really good value for the quality that you get.