Private Home Chinese Cuisine is a recently opened restaurant on the corner of Kingsway and Salisbury; kitty corner to Highgate Mall.

This was the previous location of Highgate Chinese Restaurant and it doesn’t look like they’ve made many changes to the interior of the restaurant.  On the other hand, the menu of Private Home seems more western-friendly and indeed, I saw quite a few people showing up for take-out orders.

On my first visit, I just stopped by for some take-out and picked the Singapore Style Fried Rice Noodles ($9.98). 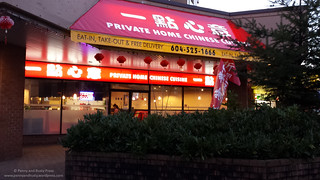 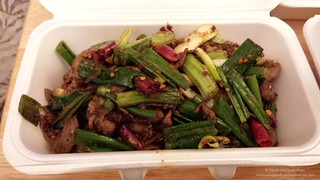 They seemed to have a bunch of spicy dishes but I asked them to make my order not too spicy as I’ve been burned before (quite literally).  It’s a good thing that I did because, even with the toned-down versions, the Sliced Lamb with Cumin in Spicy Sauce ($13.98) and the Spicy Green Beans Szechuan Style ($11.98) were very spicy. 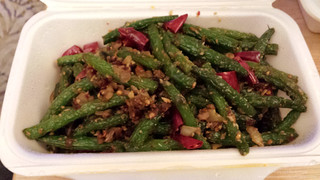 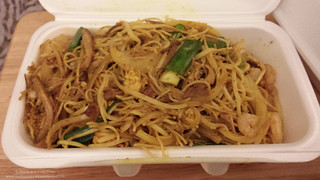 I can only imagine how many hot chili peppers they normally put in their dishes.

They had mentioned that they are “known for their northern and southern dim sum” so I made a point to come back for dim sum later in the week.

First up was the Steamed Bun filled with Pork Shanghai Style ($5.99).  These xiao long bao were very soupy inside… In fact, I think that they were the juiciest xlb that I’ve had for a long time.  That being said, the soupy liquid inside wasn’t too flavourful (although the vinegar dipping sauce did provide a good flavour kick).  The skin was a medium thickness with the characteristic circular cascade of ripples where they pinched the buns closed on the top.  The skin was not too chewy and, thankfully, none of them were broken. 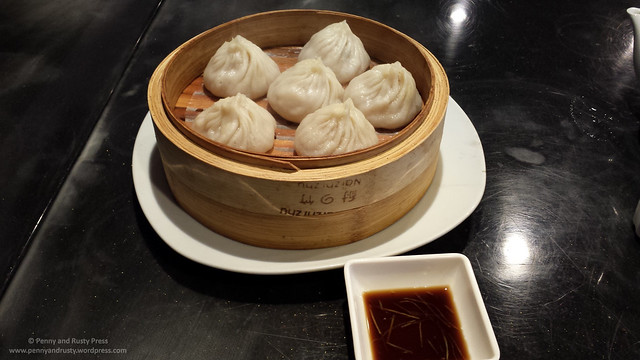 Next up was the Pan Fried Sliced Beef in Pancake ($5.98) – again this was a good rendition with sliced beef, hoisin sauce, and scallions wrapped up in the slightly chewy and somewhat crisp pancake. 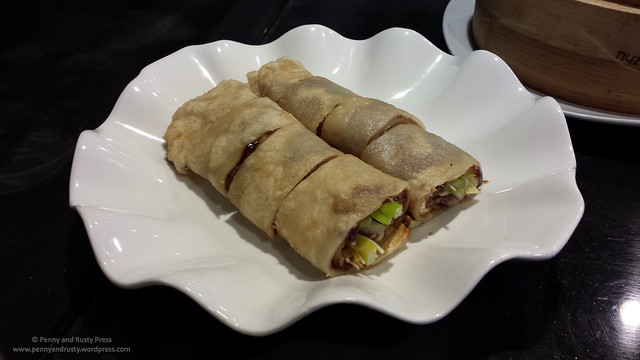 Lastly, I tried the Wonton with Chili Sauce ($5.98) which came with 6 large wontons that had a silky-smooth texture to the wrappers.  Strangely enough, the chili soy sauce wasn’t overly spicy in this dish as I was expecting it to be very spicy given some of the past dishes I’ve had here.  The fillings of these wontons also seemed to be missing something as they didn’t have a very meaty flavour. 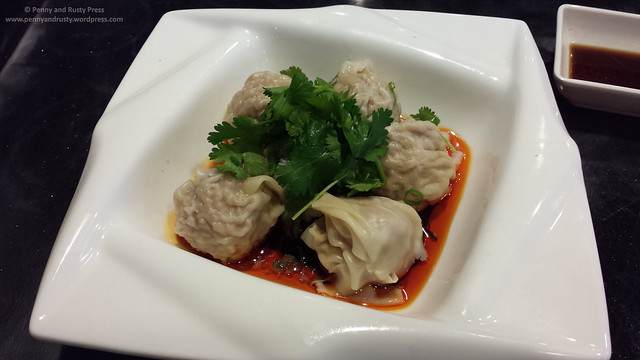 They don’t have an overly extensive dim sum menu here but I think I liked what I tried and there’s not very many good dim sum restaurants in this particular area.  Most of the dim sum dishes were priced around $6.

The Steamed Shrimp Dumpling ($4.98) were okay but not the greatest I’ve had.  They were also on the smaller side in terms of filling.

The Pan Fried Sticky Rice Dumpling ($4.98) looked a little bit like mini brains stuffed in wonton wrappers.  They give you the option to have it made spicy but I didn’t find my order to have too much heat to them.  I actually enjoyed this dish – but I like sticky rice. 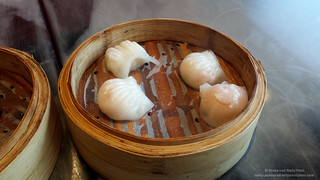 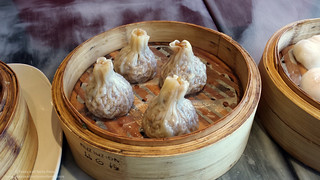 Again, another order of the Steamed Buns filled with Pork ($5.98).  They were just as good as I remembered from my first visit.  Only issue was that one of the dumplings was broken 😦 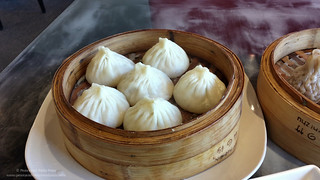