We’ve been to Mui Garden in the past, but we were completely unaware that they have a “secret” dining room in the back of the restaurant.  Okay, so it’s not completely secret but it was a surprise to us.

There’s room in this separate section for three large round tables and, because it’s separated from the rest of the restaurant, it’s a bit quieter.

I’ve had their Deep Fried Beef Brisket Curry ($10) before at their Main Street location and enjoyed it.  Their Malaysian Roti ($6.95) comes with the same curry sauce as the beef brisket.  The roti itself was fine but I would have preferred it more if they had a richer curry sauce for the roti. 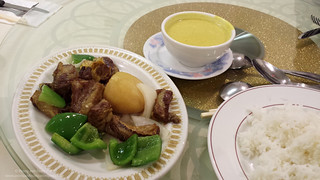 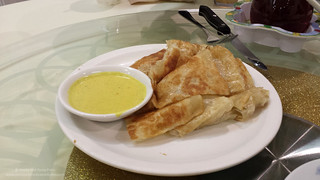 The Deep Fried Chicken Wings ($5.50) came out hot and crispy.

The Sizzling Plate set menu is a popular choice here – we ordered the Chicken Steak ($9.50) in a mushroom demi glaze with broccoli instead of spaghetti.  The steak had a nice char from the grill. 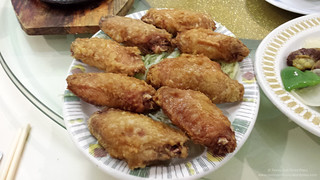 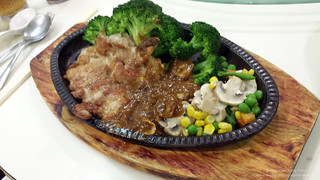 The Baked Seafood on Spaghetti ($10) comes with a creamy sauce and I must admit that the spaghetti in this dish was better than the spaghetti that we had in our last visit. 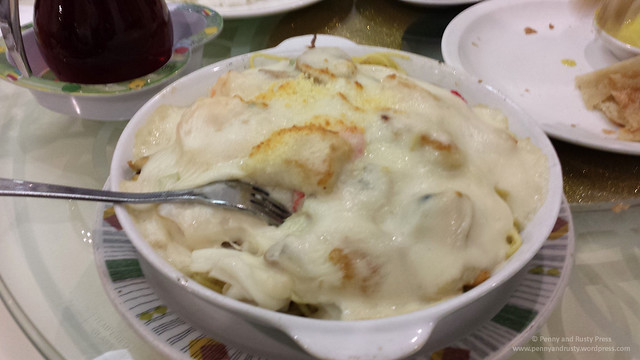 Apparently, a lot of people must know about this “secret room” because we saw quite a few patrons poking their head in to see if there were any available tables.