When I first visited Hyoga Japanese Cuisine on Kingsway, I wasn’t expecting to like it as much as I did.  Three meals here within two days and I was hooked.

Hyoga is a small Japanese-run restaurant… not that this should mean much because I’ve been to plenty of Japanese restaurants operated by Chinese and Koreans and enjoyed their food.

On my first visit, I tried the Gyoza Kara-age Lunch ($8.50) which includes miso soup and a traditional salad with fresh dressing.  The pan-fried gyoza were on the small size but were juicy and well prepared.  The sushi rolls looked (and tasted) like they were made carefully.  In some sushi joints, you can tell that they just slap the rolls together quickly.  But Hyoga really knows what they’re doing and the 3pc BC and 3pc California rolls were quite good.

The 4pc chicken karaage were super tender with juicy, boneless meat covered in a thin crisp. 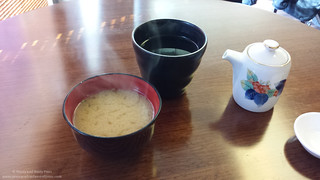 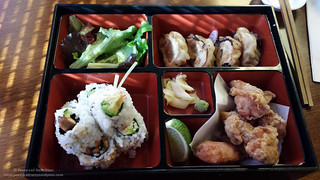 I rounded out my meal with the Aburi Yuzu Salmon Sashimi ($12.50) slightly seared sockeye salmon sashimi with a savory, creamy, milky, yuzu sauce and sea salt.  Yuzu is a Japanese citrus fruit and imparted a slightly tart lime flavour.  I could have this everyday. 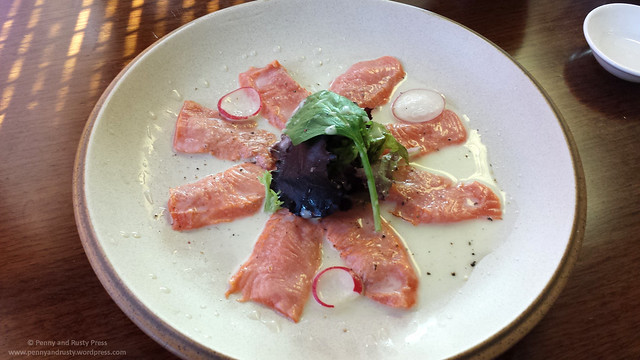 I liked the food here so much, I decided to come back for lunch again to try some of their other menu items.  The Wakame Sunomono ($3) had a strong vinegar taste but it wasn’t overpowering.  And I felt that the vermicelli noodles had more substance to others I’ve had at different restaurants.

I also ordered the Salmon Kama ($5.75) which is a grilled salmon.  There was plenty of buttery salmon meat in this bowl but you do have to look out for the large bones. 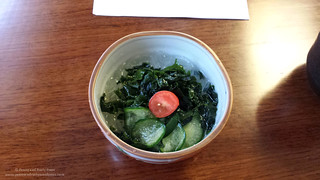 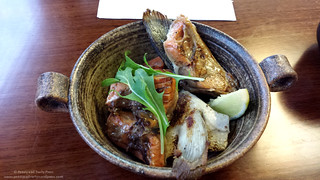 I rounded out my lunch with the Pressed Salmon Sushi ($11).  The 7pc of pressed salmon sushi comes served with a mildly spicy miso sauce on top.  The special sauce and the fresh green onions really does it for me in this dish as you can taste how fresh the ingredients are. 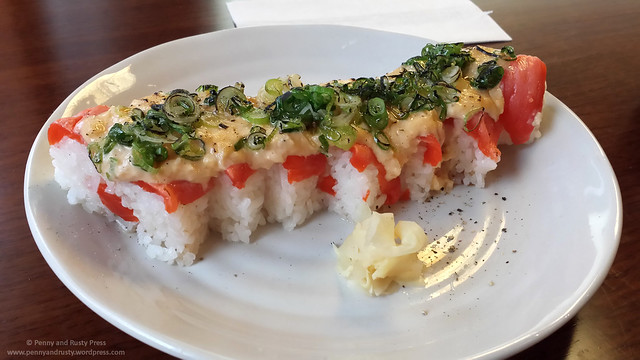 As I mentioned, I liked the food so much that I came back later in the evening for some take-out.  The Sashimi Salad ($9.25) was a cornucopia of different sashimi pieces.  If you like a variety of sashimi and not just salmon and tuna, you’ll be happy with this salad. 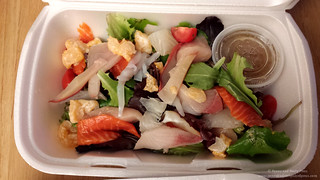 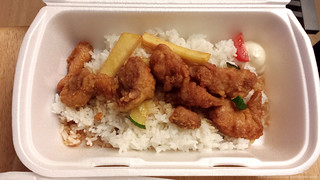