While I’ve heard about Prestons for a few years now, it was honestly not my initial choice for breakfast.  I was having another one of my usual dining snafus.  I had actually planned on visiting Chewies in Coal Harbour for breakfast because their website said that they were open.  Of course, when I arrived, they were closed.  So I whipped out my phone to look for nearby restaurants and stumbled upon Prestons.

The interior of Prestons is rather stylish, with the long wooden table in the centre of the dining area flanked on one side with booths and on the other side with large windows. 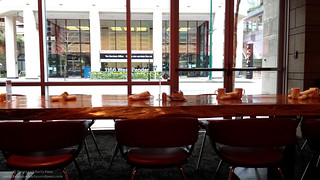 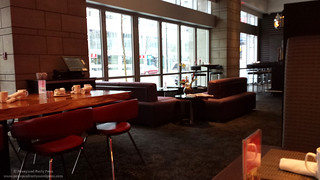 I started out my meal with a Hot Chocolate ($4) which had a rich chocolate flavour.  It was actually one of the best parts of my meal.

For my breakfast, I ordered the Smoked Salmon Benedict ($16) with browned butter hollandaise, spuds, and fruit. 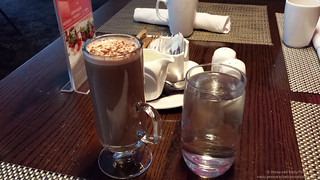 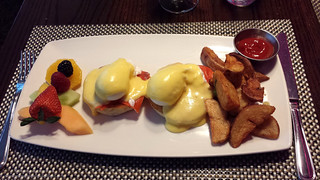 They asked me if I wanted my eggs soft and I said yes.  Unfortunately, what arrived, was far from being a soft poached egg.  When I sliced into the eggs, instead of a beautiful runny yolk which cascaded gently over the smoked salmon and potatoes, the hardened yolks just sat there.  Yup, dry and crumbly.  It was too bad because it ruined an otherwise okay breakfast.

Now, I’m not one who usually sends food back, but these eggs were so over-cooked that I was very tempted.  The problem was that the server never came back to check on how my breakfast was.  I waited, and waited, but no one came.  Actually, a different server did check on the booth behind me (that came in after me) but scooted past me before I could flag them down.

As my parking meter was running out of time, I gave up and just grudgingly finished my meal.  As I said, it was a shame because my server seemed nice and friendly but I never saw them again until I was ready to pay.

If you do visit here, don’t bother with the eggs unless you want them hard-boiled because soft poached eggs are simply not in their wheelhouse. 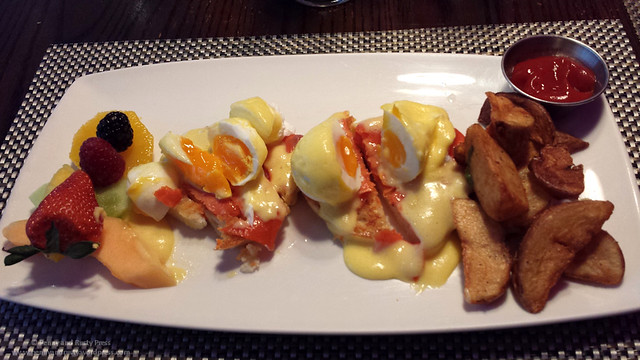