Spring Garden is an old-school Chinese restaurant located on 12th Street in New West.  The tired interior isn’t much to look at, especially the white plastic tablecloths on the larger tables.

I stopped by for dim sum during the week and the restaurant was practically dead (although a couple of other diners did show up later on).  I decided to try a couple of dim sum dishes as well as their Flat Rice Noodle with Beef ($7.25).  The Beef Chow Fun was the first dish to come out and was reminiscent of the kind of dishes that you’d fine in Chinatown. 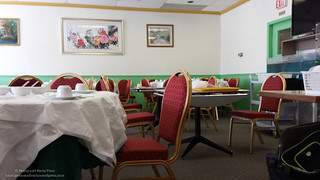 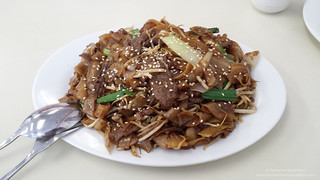 The dim sum dishes were fairly reasonable in price but not much to write home about.  I found the Steamed Shanghai Dumplings ($3.35) to be okay but not very soupy.  At least none of them were broken.

The Beef Rice Rolls ($3.75) were just meh.  The filling lacked flavour and texture, although I did find small chunks of water chestnuts inside. 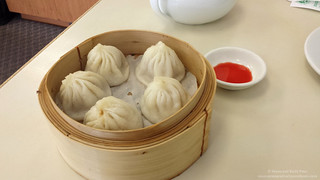 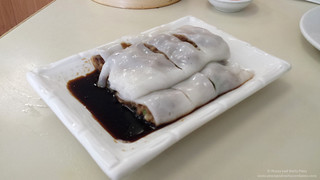 I’m not sure if I would come back here for dim sum but the chow fun was fairly spot on.