Gulberg Fine Cuisine is located in the Fleetwood area of Surrey and serves up Pakistani/Indian dishes. 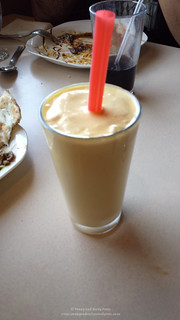 While they have a regular menu, I’m assuming that their more popular option is the AYCE buffet.

Along with the requisite salad bar, they have most of the usual items that you would expect to find like butter chicken, biryani, vegetable pakoras, fried puri bread, and naan.

Pakistani food tends to be a bit spicier than Indian food so I ordered a Mango Shake.  There’s no point in trying to douse your inflamed mouth with water as water just spreads the heat around your mouth… you need something with dairy to really cut through the heat.

Service was a bit lacking – but, I suppose that’s to be expected from an AYCE place.  Perhaps if we had ordered off of their regular menu, they would have been more attentive.

I know that I always wind up eating too much when I go to an Indian buffet – it’s just so hard to avoid rice and naan when there’s all these yummy sauces to sop up. 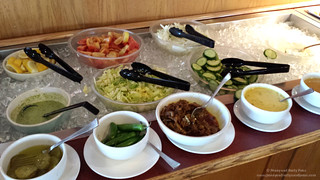 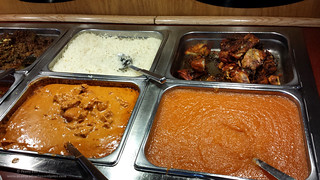 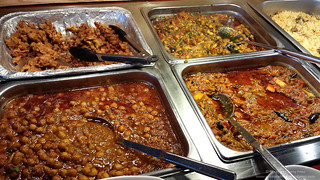 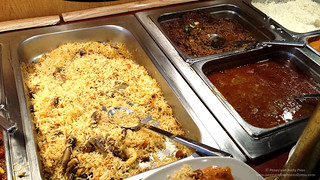 My favourites during our visit was the Fried Beef Keema (which is a spicy dish with ground beef), the Beef Nihari (tender, slow-cooked beef – but a bit oily), and the naan. 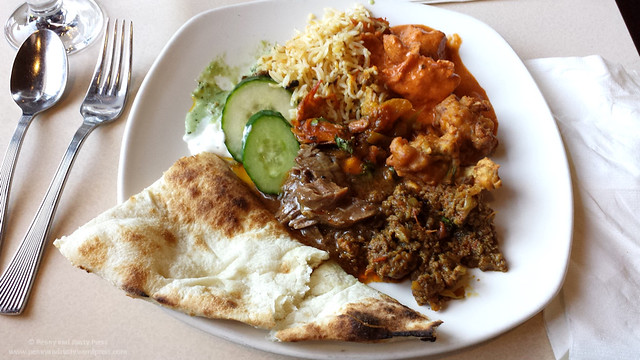