Ivar’s Acres of Clams, located at the historic Pier 54 in Seattle, is a full-service restaurant and our first stop on our Seattle-Portland road trip. Having only been to the Ivar’s at the Bellis Fair food court, I was unprepared with seeing how large this Ivar’s location was and the wide menu choices. 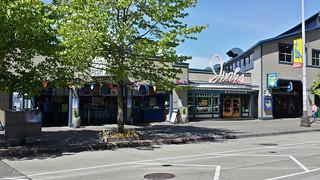 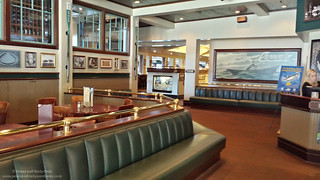 We tried the Chowder Sampler ($8.50) which is a good choice if you can’t decide on what type of chowder you want.  They give you three 4oz samples of their North West-style white clam chowder, original red clam chowder and NW seafood chowder.  Personally, I felt the The NW seafood chowder was the best of the trio and I loved that they came served with oyster crackers. 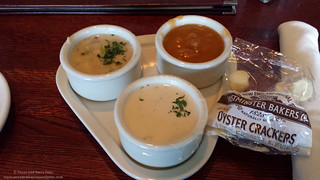 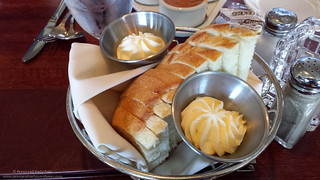 We happened to arrive in Seattle during the Copper River King Salmon season and Ivar’s had a number of specials focusing on this fish.  The King Salmon, known more frequently in BC as “Chinook” is the largest salmon species on the west coast and is known for being fatty with high levels of omega-3.

Because the season is so short (approximately 3 weeks), I felt I needed to give it a try so I ordered the Copper River King Salmon Tartare ($17) served with dill crème fraîche, English cucumber and caper relish and toasted baguette slices.  The salmon was quite good and the capers did a good job of cutting through the higher fat content of the salmon.  I just wish that the baguette was toasted a bit lighter since it was as hard as a rock and distracting. 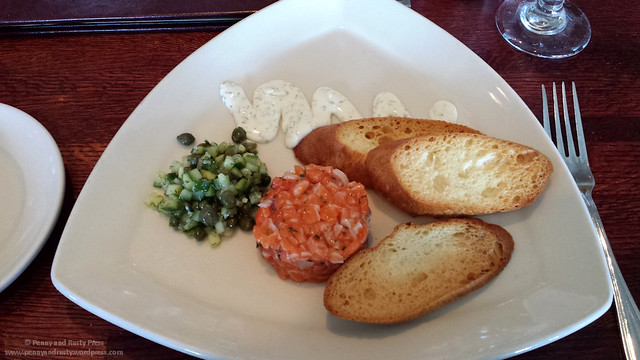 The Fried Northwest Platter ($16) is meant for someone that loves fried seafood.  It contains Alaskan True Cod, surf clams, and jumbo prawns.  Alaskan True Cod is more commonly known as Pacific Cod in BC or simply “Cod” but that terminology can be misleading as many species of white fish are called “cod” but aren’t… such as black cod (or sablefish), lingcod, and rock cod.

I quite enjoyed the Crab Cakes ($14) as they had a light and crispy coating but held up well. The fresh saffron aioli sauce complemented the cakes nicely. 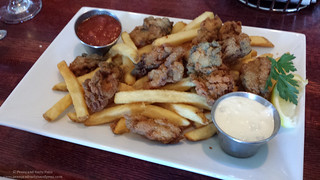 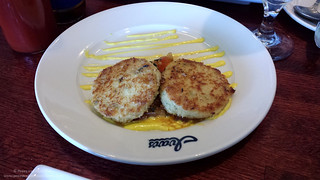 As I mentioned, this location of Ivar’s is quite large and it got busy as the lunch hour rolled around.  Outside the windows, you can watch the swarms of seagulls flocking around the wharf (a bit frightening at times if you’ve ever watched “The Birds” before).  The waitress mentioned that patrons often toss leftover fries outside to attract the gulls and proceeded to demonstrate.

Ivar’s Acre of Clams is located a hop, skip, and a jump away from the Seattle Great Wheel on Pier 57, a 175 feet tall ferris wheel where you can get a great view of the area.