If you’ve explored the area around Pike Place Market in Seattle, you’ve probably come across Post Alley and perhaps have chanced upon the (in)famous Gum Wall. A short distance away, at the corner of Pine Street and Post Alley, you’ll find Rachel’s Ginger Beer.

Originally started at the local Seattle Farmers Market, they’ve since opened a full retail location where you can order various ginger beer concoctions as well as cocktails and ginger beer floats. 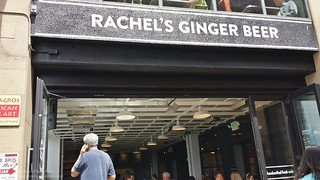 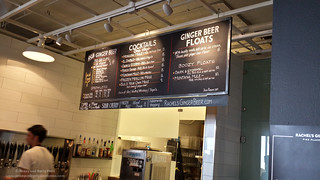 If you’re not a fan of ginger, this isn’t the place for you as the pungent flavour can be overwhelming. 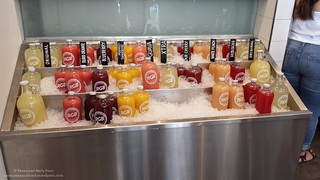 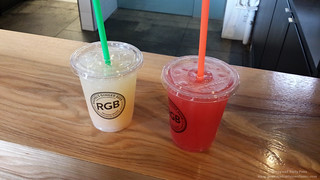 The RGB original flavour will cost you $4 but I think the extra $1 is worth the special flavours that they offer.

We tried the hibiscus, white peach, pink guava, mango tangerine, and the blood orange. At first, the flavours were difficult to discern due to the ginger flavour but, after trying some of the other flavours, you could start to tell the difference. I think the pink guava was quite good and the hibiscus and white peach were very subtle in flavour. In the end, however, the ginger flavour does become very powerful. 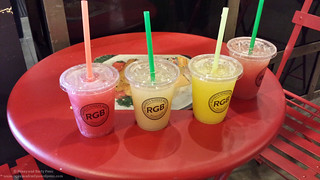 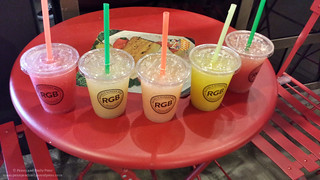