Café Presse is a French bar/café located in the Capitol Hill area of Seattle. We came here for an early morning breakfast but didn’t realize that their Petit Dejeuner menu (served from 7am to 9am) doesn’t contain all of the items on their regular menu. It’s too bad because I would have really liked to have tried their croque madame.

Still, the breakfast wasn’t a total loss… the complimentary crusty French bread helped to tide us over until our breakfast arrived. 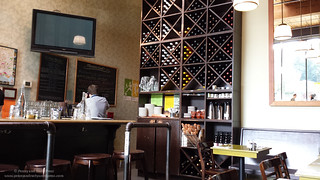 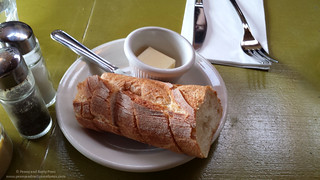 I found that the Hot Chocolate ($3) wasn’t very chocolatey. Instead, is was more on the milky side. Not bad but I would have enjoyed more sweetness to it.

Œufs Plats, Jambon, Fromage ($7.50) was my selection for breakfast this day and was comprised of broiled eggs, ham, and greyère cheese. 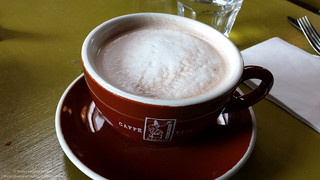 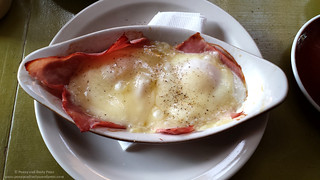 I think this was the first time that I’ve had broiled eggs.  The dish itself was super cheesy, which I enjoyed.  I found that the first egg that I cut into had a nice runny yolk.  However, because the dish was super hot, by the time I cut into the second egg, the yolk had cooked a little too long and wasn’t as runny. 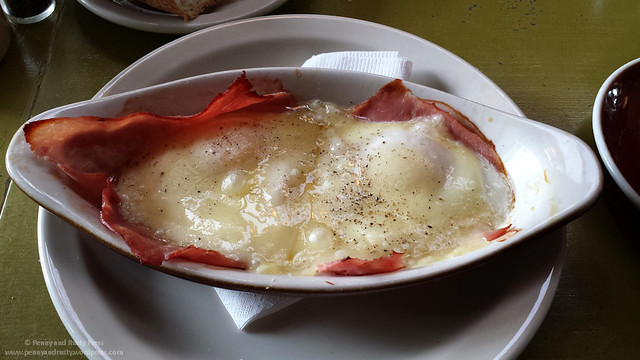 I think this place would be worth a revisit after 9am to try their regular menu.