Uwajimaya Asian Food & Gift Market is located in the Chinatown-International District of Seattle. In some regards, it’s similar to the Fujiya stores in Vancouver. You can find pretty much everything you need here… there’s a large asian book store attached to one side of the market and an eclectic selection of asian food stalls in the food court. 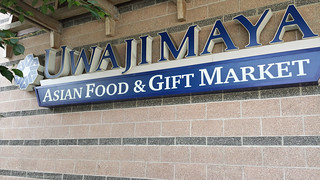 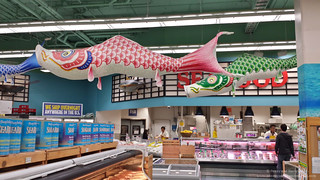 The inside of the market is cool… the seafood section has large paper fish hanging from the ceiling and there’s a large dragon in the centre of the market that looks like it’s right out of an anime movie.

The market has tons of prepared foods just waiting to be devoured including special lunch bento boxes. 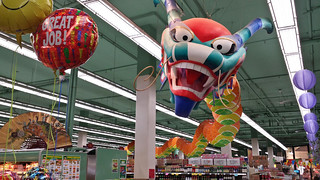 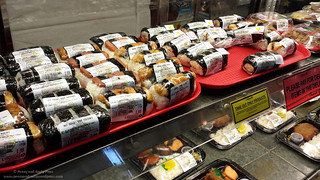 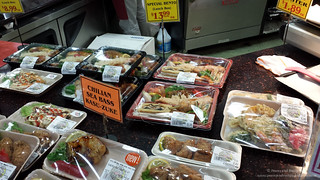 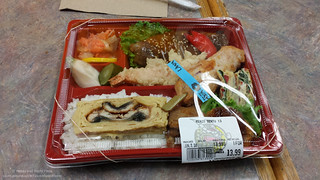 If you decide to eat in the attached food court, there’s plenty of choices to choose from.  I saw Chinese, Thai, Hawaiian, Japanese, and everything in between.  Of particular note was the Tako Kyuuban takoyaki stall which just opened up recently.  This was one of the best takoyaki that I’ve had.

For those of you that don’t know, takoyaki is a popular snack food made up of cooked octopus.  But it’s more than just that… there’s an art to making these bite-sized treasures and part of the fun is watching them grill up the little balls in front of you. In the very centre, cooked octopus is surrounded by green onion, dried shrimp, crunchy tempura bits, and pickled red ginger in house-made takoyaki batter and dressed with dried seaweed, Japanese mayo, takoyaki sauce, and super thin flakes of dried, smoked bonito fish. 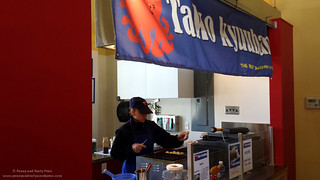 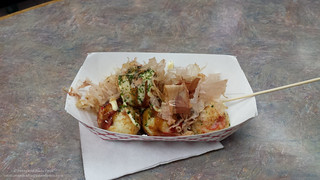 For my bento box ($13.99), I honestly had no idea what some of the items were before I dug in. Clockwise from the bottom left, there was unagi encased in tamago served over a bed of rice, pickled veggies, some type of chopped salmon and onion salad, grilled fish, prawn tempura, a fried fish/shrimp paste on a stick, some type of fritatta-like egg serving and piece of fried pork.

Everything was really quite good here and there were so many choices to pick from. 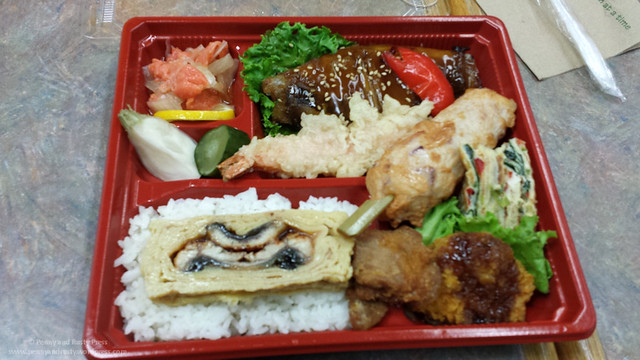 Be forewarned, it can get busy in the food court during lunch hour and seating can be at a premium. 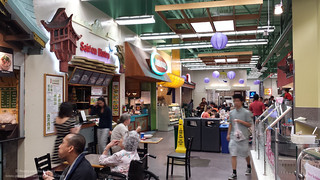 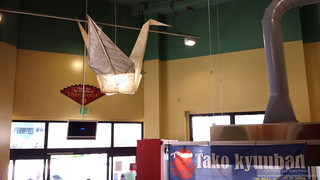