That’s pretty much how our conversation went when we were initially planning our road trip. We’ve never been down to Portland before and people kept talking about the drive down the coast. It’s a fairly long drive – if I went again, I’d probably want to spend the night on the coast to give us more time to linger at the beaches and perhaps shop in one of the quaint little towns.

But we were on a mission this time around… a mission for not just cheese, but ice cream as well.  It’s difficult to miss the large Tillamook Cheese Factory located on historic Highway 101 – just look for the droves of people walking around with huge ice cream cones. 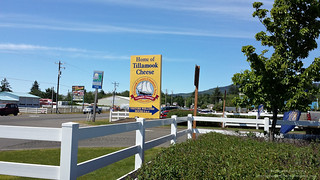 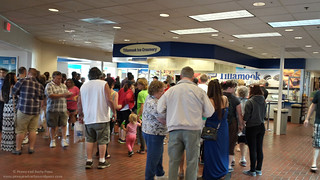 The lineup for the ice cream counter is long but the lines move pretty fast.  After our long drive, we needed some actual food before the ice cream so we picked up a Chicken Taco Salad ($7.99) and Mac and Cheese with salad ($8.49).  The taco salad was quite large and filling. 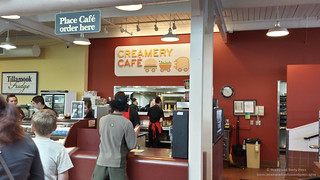 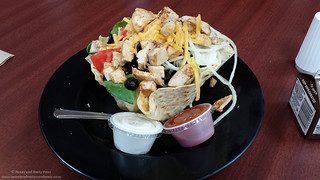 Meanwhile, the mac and cheese was super cheesy… just like you’d expect it to be.  I think, however, it could have used a bit of protein like bacon to give it a textural contrast. 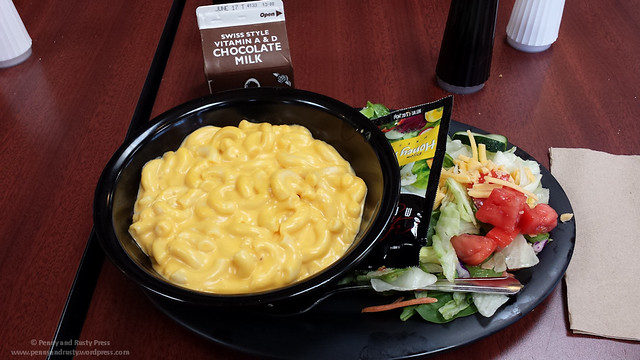 This place is actually a working factory so you can check out all of the machinery and see how they package their cheese. 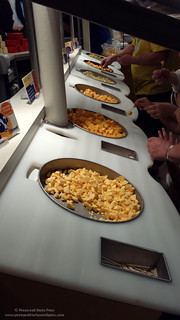 Better yet, they’ve got free samples!!!

You could probably get full just from trying all of the different samples.  They had 6 different cheeses that they were sampling when we visited.

Of course, they don’t just do this out of the goodness of their heart… I’m sure they’re hoping to entice you to buy some of their cheese while you’re here.

Yes, you can find Tillamook cheese in some places in the States (ie. Walmart) but they usually only carry the more popular types.  There’s a couple of different varieties at the factory that you probably won’t see anywhere else.

It’s too bad we haven’t been able to find Tillamook cheese back up in Canada.

If you wander around the factory and the gift shop, you’ll probably see people carrying around these ridiculously long pepperoni sticks.

You’ll also smell the sweetness of the fudge wafting through the air. 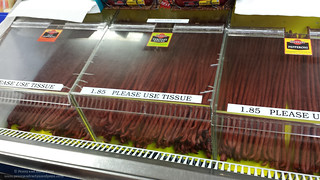 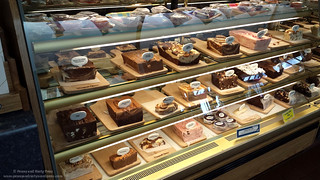 But let’s get to the point… the ice cream.  They’ve got a mess load of flavours.  If you can’t decide, you can have them all at the same time.  For $26.95, you get all of their flavours (29 during our visit) served in a huge bowl.  When you order it, they make a big production of it all… they ring a cow bell and serenade you with a special ice cream themed song (ours was to the tune of “Take Me Out to the Ballgame”). 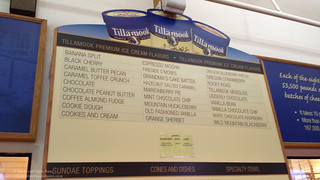 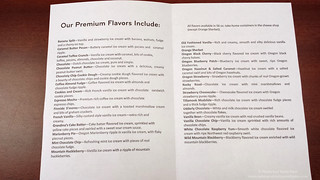 They scoop out the ice cream in order and tell you the names of all of the flavours that go into the bowl. 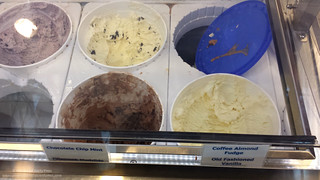 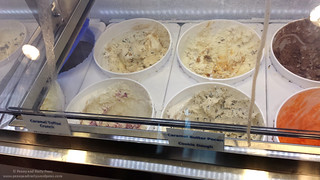 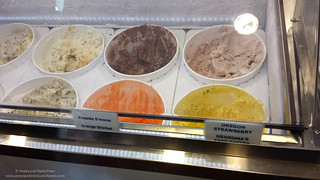 I felt a little bad for the guy – I’m sure he was getting tired by the time he finished. 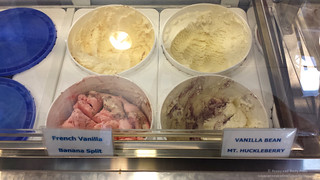 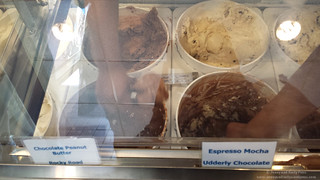 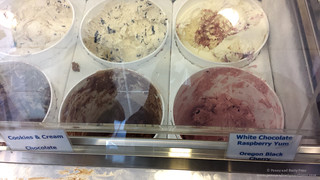 And voilà!  29 scoops of ice cream later… there were plenty of patrons staring at the monstrous bowl of ice cream that we had. 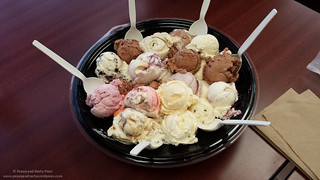 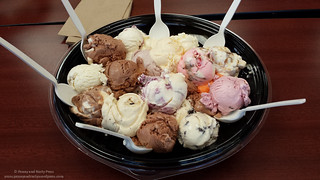 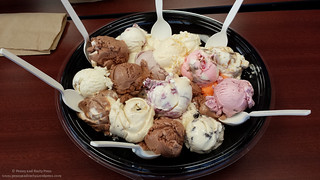 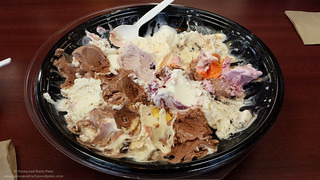 It took a while, but I think we (5 of us) did a pretty good job of cleaning the plate.  Aside from a couple of flavours that we weren’t too thrilled with (the cake batter and the cookie dough), the rest were all pretty good. 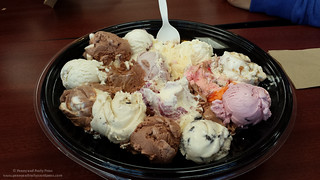 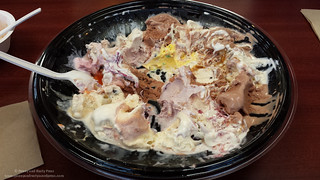 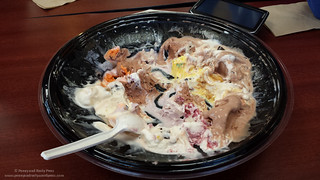 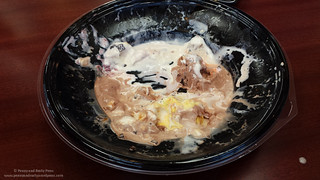 If you’re looking to fall into an ice cream coma, you can’t miss the Ice Cream Adventure at the Tillamook Cheese Factory.