One place that we knew we had to try during our visit to Portland wasn’t a specific restaurant. Rather, it was the food cart scene. Portland is renowned for the number of food carts that they have (approximately 600 compared to Vancouver’s roughly 100 food carts). But does more mean better?

One thing that I did appreciate is the fact that many of Portland’s food carts are arranged in “pods” throughout the city. This makes it much more patron friendly instead of having to hunt places down.

We visited the food carts that were set up at SW 10th and Alder after visiting the International Rose Test Garden. 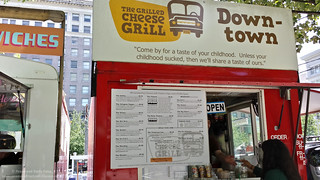 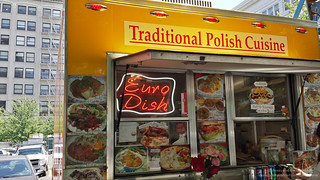 It was interesting seeing an entire city block taken up by food carts… and this was just one such food cart pod. 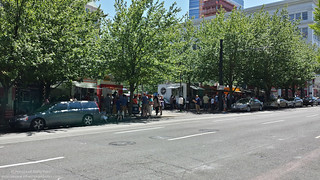 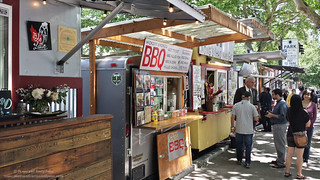 Even though there were tons of food carts, however, we quickly realized that having so many food carts in one spot meant that it was difficult to decide what to eat. 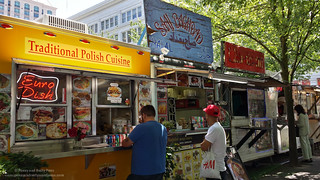 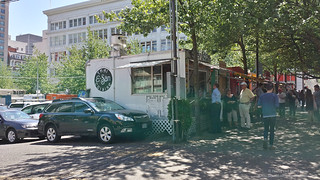 We decided on trying Euro Dish and Grilled Cheese Grill. Despite all of the food carts, there really isn’t much in the neighbourhood for seating so we walked over to nearby Pioneer Courthouse Square (affectionately known as “Portland’s living room”) to enjoy our eats. 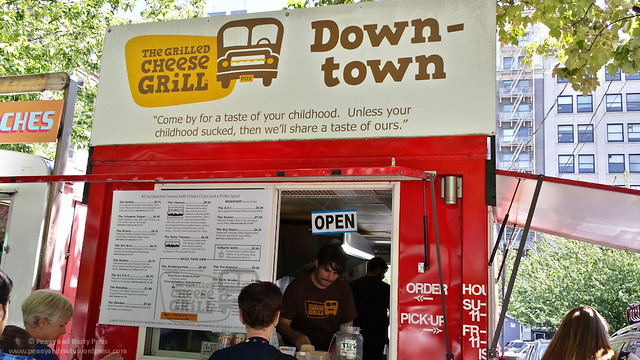 Euro Dish serves up traditional home-style Polish cuisine and we picked up a combo of items including Polish sausage, perogies, and cabbage rolls. 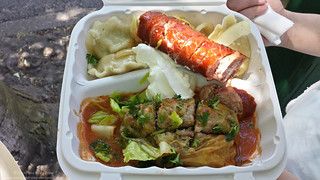 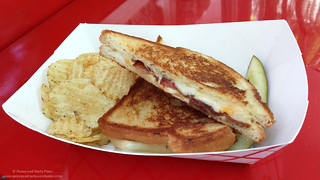 The Gabby with Bacon ($5.75 + $1.75) – Four Cheeses on Portland French bakery white bread. Loved the Tillamook cheese that they use in this (cheddar, swiss, mozzarella, and colby jack cheese). Really one of the best grilled cheese sandwiches that I’ve had and the side of chips were super crunchy. 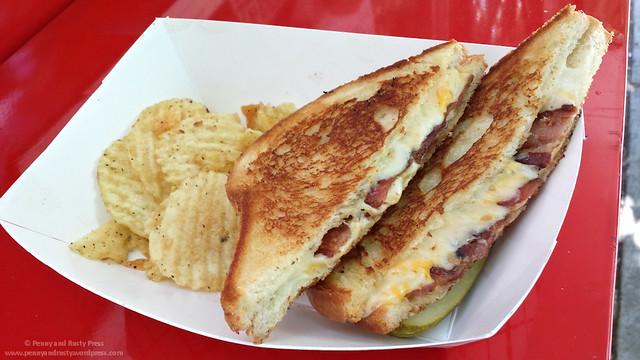 We sat at the steps surrounding the echo chamber in Pioneer Courthouse Square. It’s neat and you wouldn’t believe it until you tried it… just stand on the marble stone in the centre of the amphitheater, face the steps and say a few words.