The drive back from Portland, OR to Vancouver, BC was a long, tedious journey along the I-5 (unlike the winding, scenic route that we took a few days previously down the coast on our way to Portland). Feeling a bit groggy, we needed to stop for a quick bite and wound up in Alderwood Mall, just outside of Seattle in nearby Lynnwood.

I’ve never been to Chipotle before, despite a location that opened up in downtown Vancouver over a year ago. Now I know why they are so popular. It’s hard to believe that the first Chipotle location was only opened in 1993.

I ordered a Barbacoa Beef Bowl with brown rice, black beans, cheese, salsa, and sour cream. Everything is freshly made in front of you and you get to pick all of the ingredients. The food was actually a lot better than I expected. This place isn’t like your run-of-the-mill taco joint in the mall. 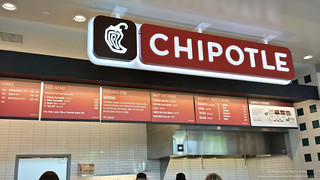 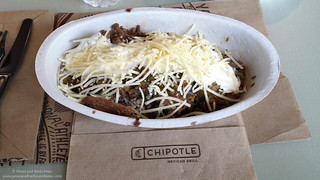