For some reason or another, we rarely visit the Sun Sui Wah in Richmond. But, after a few unsatisfying Spot Prawn dinners at other restaurants this year, and finding ourselves in the area, we decided to give this a try.

Both Sun Sui Wah locations are usually busy during Sunday dim sum service and this visit was no different. However, since we were just a party of two, they managed to squeeze us in immediately, bypassing the parties that were waiting for large tables.

Most of the dim sum dishes we ordered were priced about $4-$6 – moderately expensive for some preferences but I’ve found that you usually get what you pay for.

The Deep Fried Taro Dumplings had the characteristic flaky and airy crisp on the outside while the inside was filled with a meat mixture encased in soft taro paste. Served hot, these were no doubtedly just freshly made.

Similarly, the Chinese Donut Rice Rolls were well crafted with a contrasting crispy interior paired with a soft rice wrapper. I think most people prefer the hoisin sauce that is served with this dish but I kind of like both the hoisin and the peanut sauce. 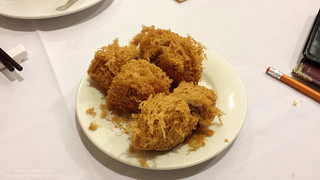 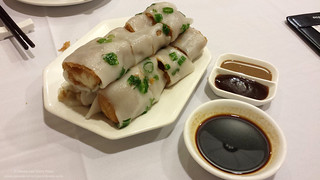 The Steamed Bean Curd Sheet Rolls were piping hot and had an ample amount of filling.  We originally planned to order the Steamed Beef Balls but must have mistakenly ordered the Steamed Beef Rice Rolls. I’m not disappointed because these were very tasty. They don’t skimp on the filling here and the silky smooth rice roll wrappers were so easy to eat. 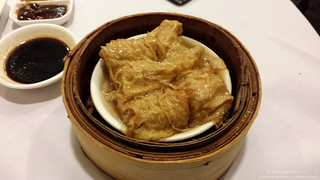 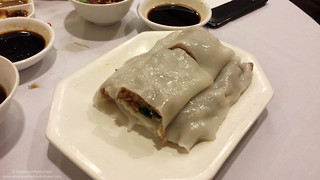 The main reason for our visit… BC Spot Prawns – simply steamed for $29.80/lb and accompanied by a spicy soy dipping sauce and a non-spicy soy sauce. Yes, the Spot Prawns at Sun Sui Wah are fairly expensive but they were quite good – these were exactly what we’ve come to expect for good Spot Prawns.

Like most better Chinese restaurants, they brought out our prawns to show us what we were getting before they cooked them and we were happy that they were all alive and moving. They also brought us out hot wet naps and finger bowls to clean up with.

As for the service, despite being busy, they made sure to replace our prawn shell filled plates with clean plates. 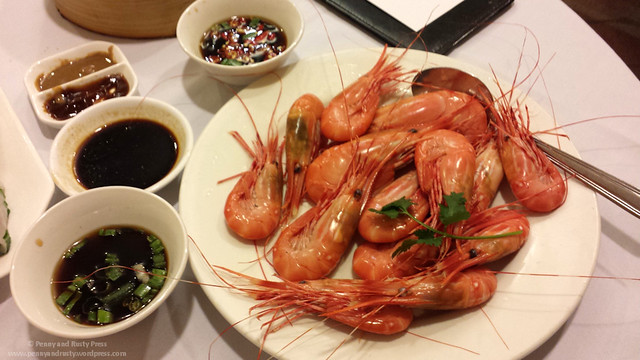 I fear the times of the super cheap Spot Prawns is behind us now (just like the super cheap Alaskan King Crab). But if you’re going to spend the money to enjoy these delicacies, you can’t really go wrong with higher-end restaurants like Sun Sui Wah.