It’s interesting how some restaurants seem to be located in the most inexplicable locations. Now, in the Lower Mainland (Burnaby to be specific), the location of a Shanghai restaurant attached to a Best Western isn’t too strange given the large Asian population here.

Jin Jiang is a fairly spacious restaurant although the seating is not an open floor plan and they are split up in 2 sections making this place seem a bit disjointed. Perhaps that also explains why their service was disjointed as well.

If you’re at a Shanghai restaurant, you can’t help but try the Xiao Long Bao. These Shanghai Pork Dumplings ($4.98) had a skin that was pretty thin, but three broke when I carefully picked them up. They were not as juicy as the ones that I’ve had at Private Home and seemed a bit inconsistent… two of the dumplings were good but one had a bit of cartilage in the filling. 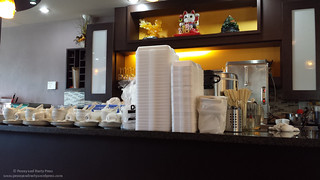 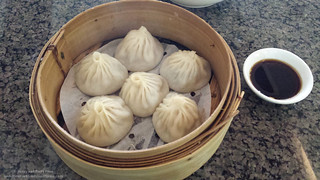 The Steamed Lamb Dumplings ($4.98) had a fairly juicy filling although it tasted kind of gamey. Also, one of the dumplings had some cartilage in the filling as well.

I wound up ordering the Sticky Rice with Pork ($3.98) since my visit was so close to the Dragon Boat Festival (jung are traditionally eaten during this time which falls on the 5th day of the 5th month in the lunar calendar). Unlike some other jung that I’ve had before, there was nothing in this other than the sticky rice and the pork. 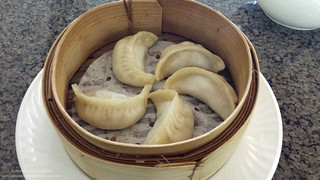 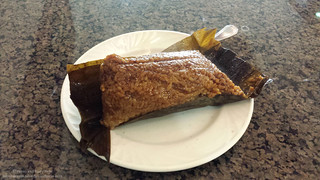 As I mentioned, service was a bit off and it was difficult to flag someone down.