Amelia is a Chinese Canadian Cafe in New Westminster located on 12th Street (not to be confused with the similar Amelia Cafe located on 6th Street) and serves up a combination of both westernized-Chinese food and typical diner fare.

The interior design really isn’t much to look at and kind of has the “eating at grandma’s house” feel to it… right down to my Hot Chocolate with Whipped Cream being served in a mug that looks like it’s been taken from someone’s home. 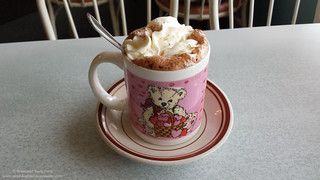 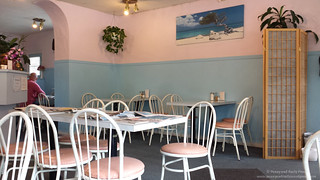 I ordered the Bavarian Scramble ($6.95) for my visit during lunch and it came with diced Bavarian sausage, pan-fried scalloped potatoes, veggies, cheese and toast. The food actually smelled really good when it arrived at my table and the potatoes had a good crisp texture. However, I think the only veggie that it came with was green peppers. 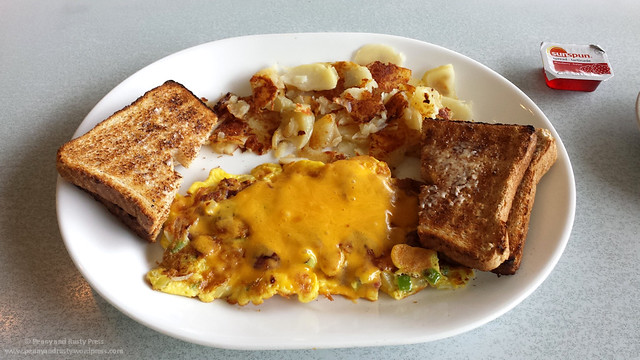 The food wasn’t outrageously good nor was there massive portions but I think they have plenty of regular patrons here because of the relatively good value and friendly service. If you’re looking for a “homey” breakfast location, this might be something you want to try… just don’t expect anything more than what you see. Also, in case you miss the sign on the front door, make sure that you fully close the door behind you after you enter because it has a tendency to not remain closed.