There’s a new restaurant in town and it’s called Lee Garden Seafood Restaurant.  I have (not so fond) memories of eating at the AYCE Chinese buffet that previously occupied this location.

I was quite surprised at how nice of a job they did in renovating this place because it was really a dump before. I think they’re trying to go for the more upscale dim sum crowd and it seemed to be fairly busy during our visit.

We ordered Mango Pudding for dessert and, of course, it came out first. This is fairly typical for many dim sum places since it’s pre-made and ready to go. If you go to a better dim sum restaurant, they will actually wait to bring your dessert out at the very end of your meal.

The Har Gow, just like some of the other dishes, were okay – but just okay. 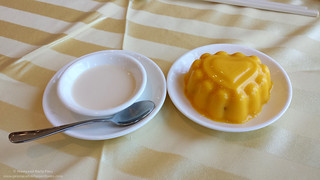 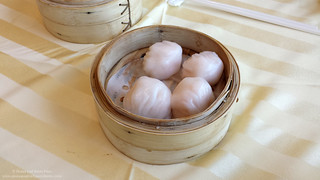 I thought the Beef Rice Rolls were okay. 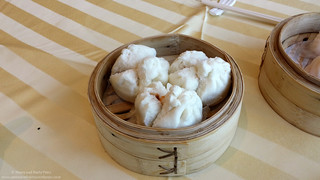 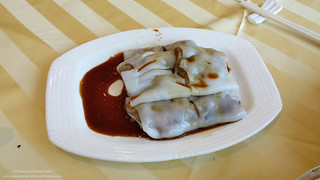 The Shredded Daikon with Shrimp cakes was actually pretty good.

On the other end of the spectrum, the Steamed Shanghai Pork Buns weren’t that great. They had a thick and chewy skin with very little soup inside and a small filling. 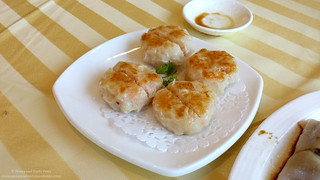 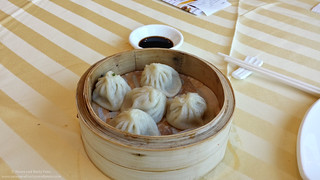 We also ordered the Bean Curd Wrap Stuffed with Fish Paste.  We’ve never had this before so we weren’t sure what to expect. I found it to have a very light but pleasant texture.

I really enjoyed the House Special Chow Mein – it came with a very generous amount of toppings including large scallops, prawns, squid, bbq pork, mushrooms, chicken, and gai lan. The noodles were perfectly crisp and covered in sauce which gave it both a crunchy and soft texture as you ate it. 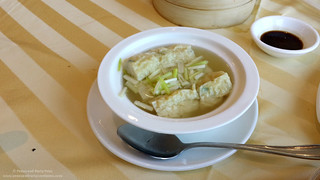 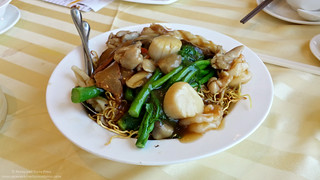 Overall, I thought the food was hit-and-miss with most things being okay. That pretty much sums up the service as well (although they are a new restaurant so perhaps that will all work out eventually). Dim sum prices were about $4-$5 and the chow mein was about $15 but we received a 10% discount and they didn’t charge us for tea (that might be a special that they have running during their grand opening so not sure how long that will last for).