Bella Gelateria consistently ranks as one of the top gelato shops in Vancouver… that’s saying a lot considering how many places serve up gelato here. 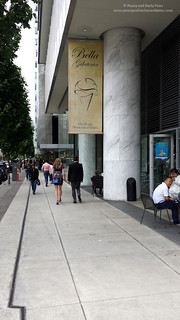 The first thing that I noticed when I walked into this tiny shop was that there was a noticeable lack of gelato. Wait, let me rephrase that… In most of the shops that I’ve been to, I’ve always seen the tall, eye-catching mounds of colourful gelato but in Bella Gelateria, all of the gelato was covered by round metal lids.

It says a lot about their confidence in their product if they don’t even have to display their gelato.

So, without seeing the different varieties, I went with my default choice… Mint Chocolate Chip. A small cup of this goes for $5.50… not the cheapest around but cheapest isn’t always best.

The gelato was quite soft and flavourful. You could tell that they don’t use any artificial ingredients here.

And have you tried their newest location in Yaletown? 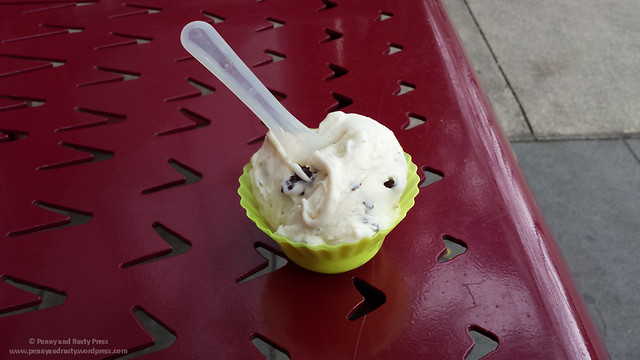