For some reason, I’ve been hitting up the local pubs in New West lately for lunch. It has nothing to do with drinking… I’m just looking for someplace new to eat and New West seems to have quite a few pubs.

The River’s Reach Pub is located on 6th Street, near Taqueria Playa Tropical, and has an interior that seemed bright on the inside… unlike many of the other bars I’ve been to recently. 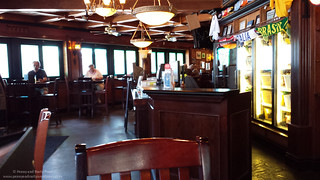 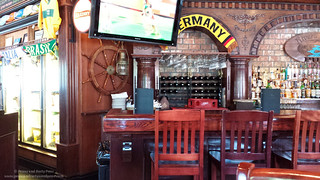 I ordered the Fish and Chips ($10.55) to test out their pub fare. On the good side, the batter was thin and crispy and the tartar sauce was much better than the one at Salty’s. The fries were okay – soft on the inside with a slight crisp to the exterior. 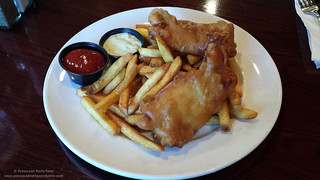 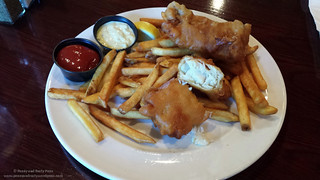 While my waitress didn’t seem entirely friendly, I could see other waitresses that appeared friendly so the service is probably all depending on who you get to serve you. The pub was jam packed with patrons on my visit, but I think that had more to do with the World Cup game that was streaming live on their flat screens.