Long J L Chinese Cuisine is a tiny little shop that’s located next to a gas station on Royal Oak in Burnaby. I tried to pay them a visit for lunch but, apparently, they’re closed on Wednesdays so I wound up going to Sasaya across the street instead.

I came back for a visit the following day and tried a few of their items. The inside of this restaurant isn’t much to look at and their menu isn’t overly extensive. Speaking of their menu… the pages were sticky (I hate sticky menus).

Although I stopped by around 5pm, they still gave me the special lunch pricing for the Squid Fried Rice ($7.98 instead of $11.98). It also comes with a bowl of egg drop soup. The dish had plenty of chopped up squid pieces but was rather plain and only had some pieces of corn niblets and peas to enhance it. 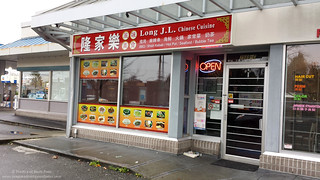 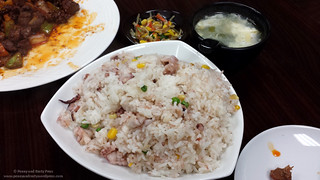 The BBQ Lamb with Cumin ($14.98) was slightly spicy and had chunks of lamb, onion, and peppers. While the flavours were pretty good, there were a couple of pieces of lamb that were chewy. 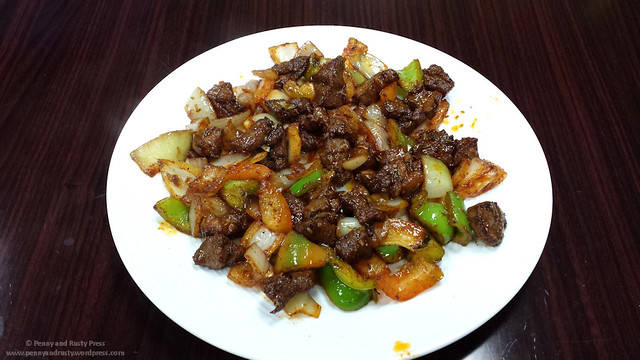 The best and worst part of my meal was the Barbeque Shish Kebabs ($2 each) – the beef was practically inedible being both tough and chewy. On the other hand, the spiced chicken was still moist and tender. 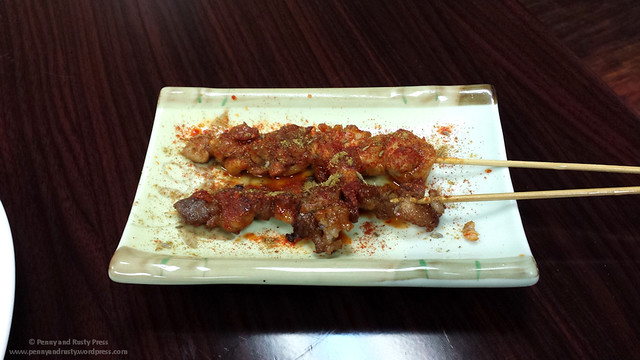 The pictures on the menu made the Steamed Stuffed Buns ($2.98 each) look pretty good… however, the filling was just meh. 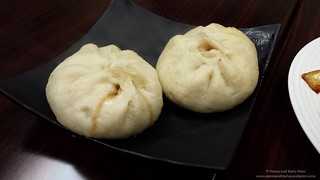 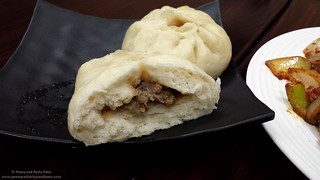 I wound up taking some of the food home with me. When the guy brought out the take out containers, he grabbed my chopsticks and proceeded to use them to load the food into the containers. Now, I’ve been to some places where they just give you the boxes and expect you to fill them up yourself – I don’t have a problem with that. Most other places will take the dishes to the kitchen to do it for you. But something just felt strange watching someone use my chopsticks to handle my food right in front of me… don’t know why.