Ki Sushi is located across from the New Westminster Skytrain station on 8th Street. They have a fairly small parking lot but there’s plenty of street parking nearby.

For some reason, there’s a busy lunch crowd that comes here… I’m not sure why because I found the place to be fairly unremarkable. Still, the restaurant is roomy on the inside. 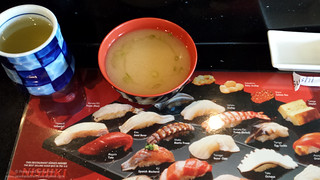 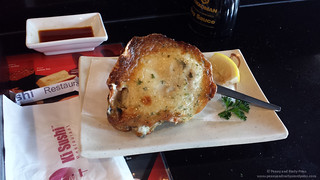 In my lunch box, the salad was comprised of finely shredded lettuce which gave it a strange texture  – almost like slaw. The plain rice that came in the lunch box was super dry – it almost felt like it was old rice from a previous day.

I found the small pieces of fried chicken had a crispy and crunchy batter… almost like popcorn chicken. It could have used with some type of dipping sauce because it was dry. On the plus side, there were plentiful pieces of chicken.

The tuna and salmon sashimi was okay… at least it wasn’t frozen.

It took a while for my oyster motoyaki to come out. One of the waitresses said that the oyster was small so they were going to make me another one. It’s odd because the one that they wound up bringing to me seemed quite small – I wonder if they just forgot to put my order in? 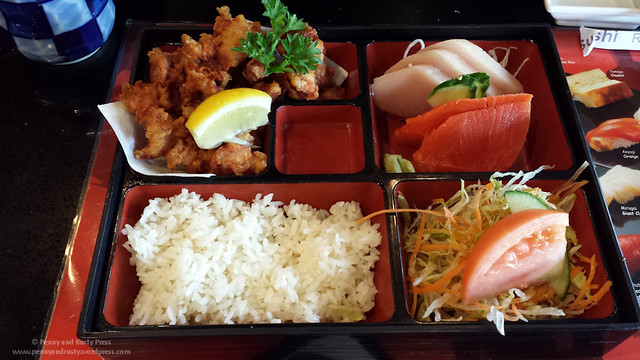 Perhaps it just depends on the dish that you order here but I found Ki Sushi to be quite unremarkable. Service-wise, I never received a tea refill.