Anyone who has spent any time around Beach Avenue in the English Bay area has probably spotted the Sylvia Hotel. This heritage building was originally an apartment (the tallest building in the West End until 1958) but was later converted to a hotel.

Back then, the brick and terracotta exterior was not covered by the Virginia creeper that now covers the entire facade on the Gilford Street side of the hotel (picture of then-Sylvia Court circa 1932 courtesy of the City of Vancouver Archives). 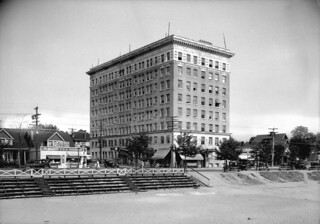 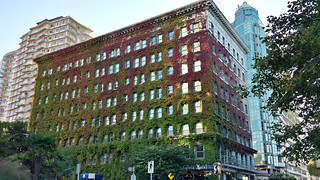 Inside this hotel (which was named after the daughter of the original owner of the building) is a dated hotel restaurant/lounge. But what it lacks in modern styling, it makes up for in the spectacular location. If you get a chance, the tables by the windows will give you a good view of English Bay.

On this chilly September morning, I was lucky enough to find free parking right in front of the restaurant and started out my morning with a Hot Chocolate with Whipped Cream ($2.95). 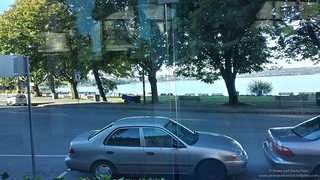 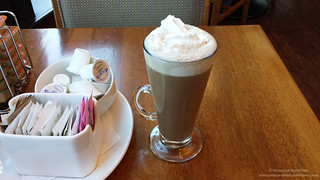 It wasn’t overly busy during breakfast – no doubt, most of the patrons were guests of the hotel. My food came out rather quickly… but perhaps it was just my imagination as I found myself gazing out at the beautifully sunny morning from the window. In a way, the window view kind of reminded me of our visit to Eggs ‘n Things in Waikiki last year.

I ordered the West Coast Benny ($15) with a side of bacon ($4). The yolks were perfectly runny (Yes! – I love runny yolks!) and the four rashers of bacon were super crispy (Double Yes!! – I love crispy bacon!) although a bit too salty. 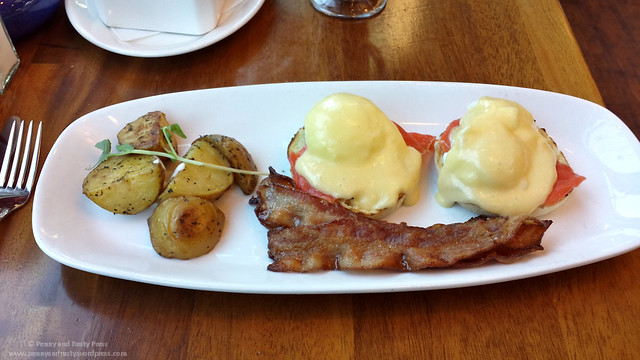 I found that, in the beginning, service was fast and friendly but it did take a while for my bill to be dealt with after I finished my meal… but that was fine… I just sat back and admired the view.

Who’d have thought that Vancouver could have such clear blue skies in September? If you look closely in the picture below, you can see the faint harvest moon directly above the crow in mid-flight. 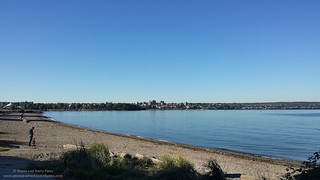 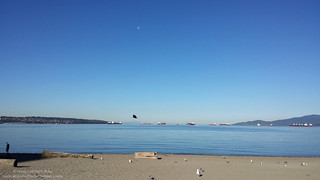