So, I’m beginning to think that I’m the harbinger of death to small burger joints. Just after I visited Burger Burger in New West, it up and closes. So it is with slight trepidation that I admit that I’ve found another burger joint in New West that’s pretty legit.

IT Char Burger (pronounced like the word “it”) is tucked away in the food court of Royal Square Mall. I know, who knew there was a food court inside? Truthfully, I use the term “food court” quite liberally. In addition to burgers, they also serve breakfast items, sandwiches, bulgogi and some other Asian dishes. 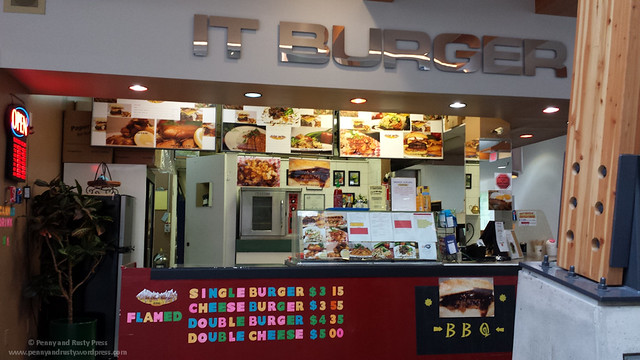 But I was here for the burger… I ordered their signature IT Char Burger with fries ($7.85) and it’s served with tomato, lettuce, pickles, bacon, cheese, caramelized onions and a double patty. The fries weren’t like regular fries… they were flatter and wider like thick-style chips or scalloped potatoes. These came hot out of the fryer and had a slight crisp to the exterior. I actually preferred the thinner chips as they were more crispy.

The burger was quite impressive and it was difficult to fit in my mouth. Living up to their name, the burger patties had a nice char to the outside but the meat wasn’t dry on the inside. And the sweetness from the caramelized onions was so perfect! Not to mention the crispy bacon (I love crispy bacon). 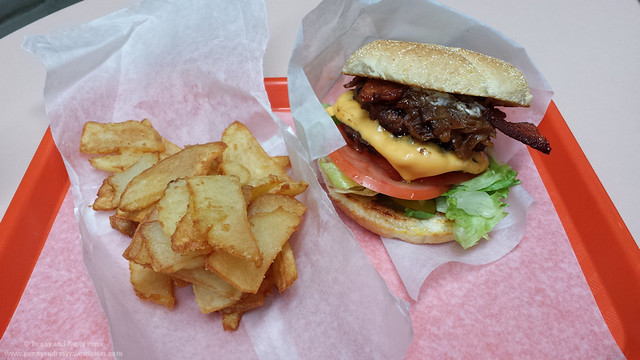 They also serve cheaper burgers here ($3.15 for a single burger). I really hope they stay open long enough for me to revisit.