The LA Grill and Bistro in Richmond is located in a mini mall at No. 2 and Blundell Road and serves up late night specials starting at 8:30pm until closing.

They have a fairly good selection of items to choose from if you suffer from late-night munchies. The Zucchini Sticks ($4.95) served with tzatziki dipping sauce, like most of the dishes here, are fairly standard fare… nothing too special but nothing inherently wrong either.

The L.A. Burger ($5.95) is a pretty good value and comes with crispy bacon, melted cheddar and sauteed mushrooms. I found that the bacon had a nice crisp to it but the mushrooms were rather sparse. Also, the house salad that comes with the burger is rather meh (they give you a bottle of house vinaigrette that’s a bit underwhelming). 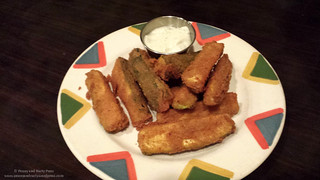 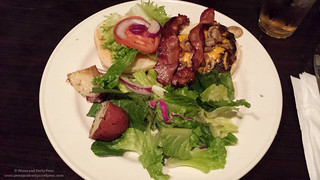 The Salt & Pepper Chicken Wings ($5.95 for ten wings) had a slight crispness to the exterior and the meat was not dry on the inside.

By far, my favourite dish was the Potato Skins ($5.95). The skins are just barely covered with a thin layer of potato and then smothered with bacon, chives, cheddar cheese, and served with sour cream. 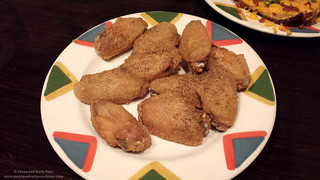 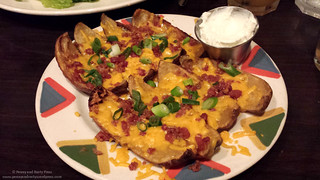 The food’s not fancy but the price point is pretty good if you’re looking for cheap late night eats. Although I was surprised that they don’t give free pop refills here.