Salvatore’s La Spaghetteria has been a staple in New West for over 3 decades. I recall eating at Salvatore’s neighbouring La Rustica a number of years ago but he closed it down a few years back because business just couldn’t support both restaurants. Instead, he combined La Rustica into La Spaghetteria and kept many of the same menu items.

I came by for lunch recently and sat in their enclosed patio. The construction was a bit shoddy (it wasn’t completed sealed in) but it kept most of the wind out. It wasn’t very busy although there were a few regulars who came in during my lunch visit. This gave me a chance to talk with the owner while I was waiting for my meal. He mentioned that he’ll probably close this restaurant in the next couple of years… can’t blame him… it’s a tough business (especially in fickle places like Vancouver).

My food actually arrived fairly quickly. I ordered the Veal Frangelico lunch special ($13.95) but first to come out was the herbed focaccia served warm with evoo and balsamic vinegar. I was pleased that it came warm as the weather was slightly chilly outside. The bread was soft on the inside and had a slight crust to the exterior. 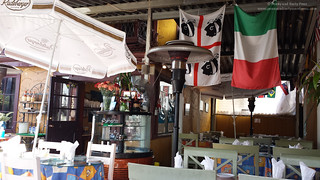 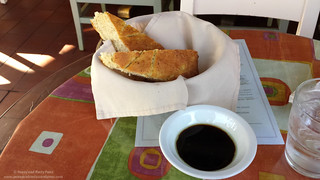 The veal was pounded thin and came served with a silky cream sauce made with Frangelico liqueur and mushrooms as well as a side of rigatoni. The veal was pretty good but it was the rigatoni that was the star of this dish. 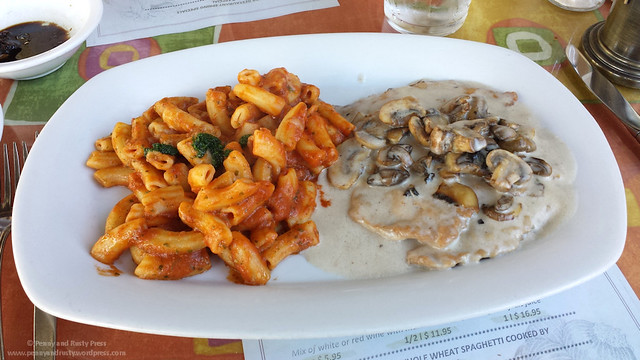 I was actually quite pleased with my meal (other than their outdoor patio).