You would think that with a name like Lucky Noodle, the restaurant would specialize in noodle dishes. I pass by this stretch of Kingsway almost every day but have just recently started to try out some of the local restaurants (partly because my former go-to spot, Rose Garden, changed a couple of years ago).

I stopped by for a late lunch one weekday and was pleasantly surprised to see the menu had some dishes that I haven’t eaten in quite a long while. The interior of the restaurant looked like they were trying to recreate an outdoor atmosphere with greenery and lanterns hanging from the netting that covered the ceiling. It was a bit strange hearing “Here I Go Again” from Whitesnake playing in the background but I don’t mind 80’s British rock.

Since it was still lunchtime, I ordered one of their lunch specials… the Stir-Fried Pork with White Chili on Rice ($7.95) which came with a large bowl of clear melon soup. The soup was very basic… something that you would drink at home. But, on a cold day, it was both welcome and chest-warming. 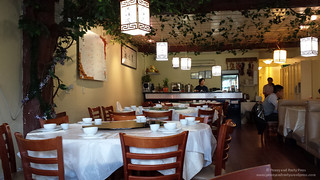 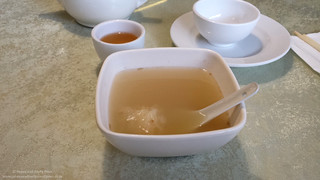 My lunch came with very thin slices of pork and an abundant amount of white chillies. I found that the chillies were dry and tough to chew through. In the beginning, I didn’t mind the texture but, after a while, I began to realize that I would need stronger chewing muscles. The flavour was pretty good with a healthy kick but not overly spicy for my senses. 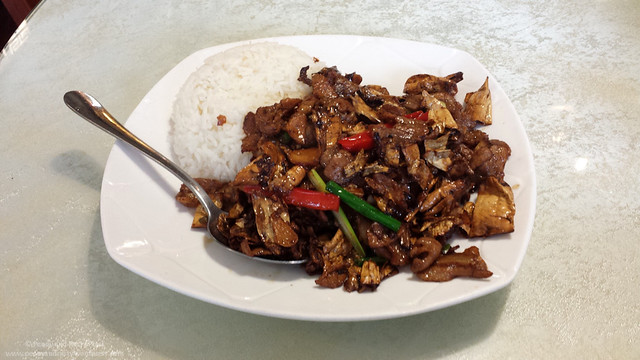 I brought home some dishes for dinner. The Mui Choy Kau Yuk ($14.95) was pretty good because the pork was tender and the fatty parts melted in my mouth.

It’s been a long time since I had Ma-Po Tofu ($8.95). Lucky Noodle’s version isn’t overly spicy but it was a bit tart – I’m used to this dish having a numbing hotness to it. Still, the sauce is good to soak up in rice. 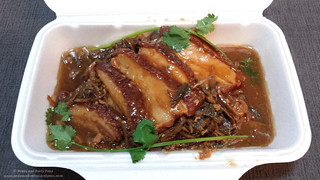 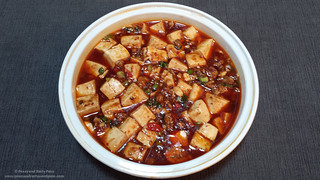 Another item that I haven’t had in a long time were the Deep Fried Buns ($5.95) – they are crisp on the outside and soft and pillowy on the inside. They come with sweet condensed milk for dipping but it’s also good for soaking up sauce.

Lastly, I ordered the Chinese Sausage Fried Rice ($8.95). Quite frankly, I’ve always found Chinese sausage to be the best part of fried rice so I was happy that they didn’t skimp on this dish. 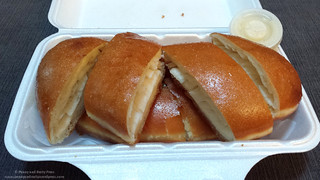 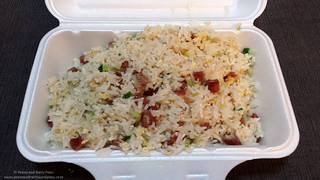 Now that I know Lucky Noodle’s here, I’ll probably come back and try some of their other dishes… maybe even a noodle dish.