If you’re looking for a Cronut™ in Vancouver, you might be out of luck since that croissant-doughnut name is trademarked. Instead, you can head down to Swiss Bakery and pick up a Frissant – a portmanteau of “fritter” and “croissant”. It’s hard to believe that the whole process of making these yummy creations of fried laminated dough takes 3 days – perhaps that’s why these go so fast.

We’ve had a cronut before at the America Restaurant in Las Vegas but didn’t think to try one of the varieties stuffed with cream. I wasn’t going to make that mistake this time around.

I picked up one of each of their Frissants ($4 each). On the outside, they kind of just look like a puffed up doughnut. But when you bite into one of these, you get all of those layers of puffy dough. Texture-wise, they’re all pretty much the same… flaky and crispy with each layer creating a new mini-explosion in your mouth. 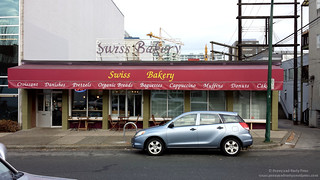 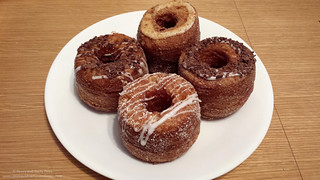 The Vanilla was okay – but let’s face it, vanilla is just vanilla. 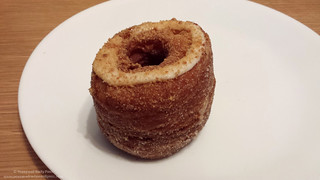 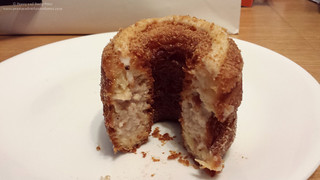 The one that I liked the best was the Black Forest with the sour cherry cream on the inside and chocolate sprinkles on top. 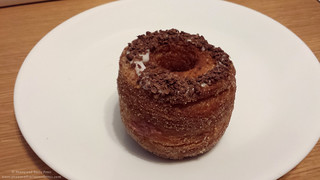 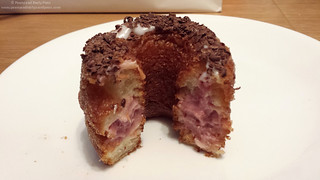 Their seasonal frissant was the Eggnog. I’m not a big eggnog person but I couldn’t really taste the eggnog in the cream filling. 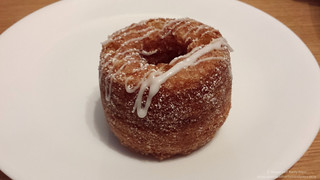 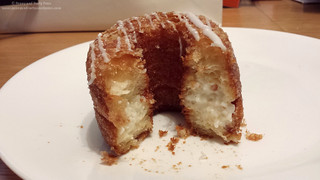 The Chocolate Orange was another good variety… the cream kind of reminded me of a Terry’s chocolate orange. 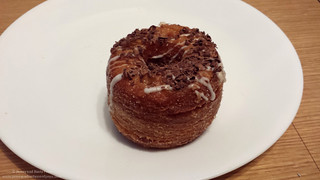 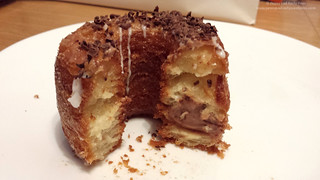 On another visit, I stopped by to pick up a Lemon Tart as well as their Apple Fritter and Spicy Beef Sausage Rolls. 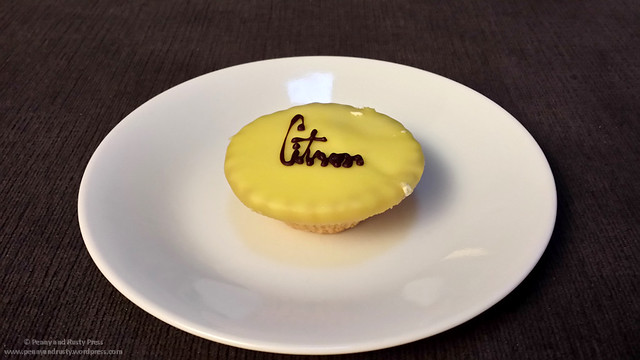 They have a number of things other than frissants here and I really enjoyed the fritter. Next time, I’ve got to grab one of their chocolate covered fritters. 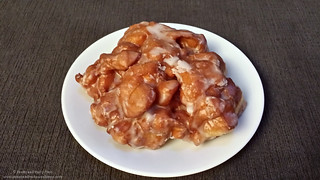 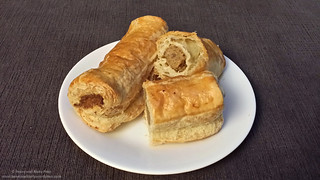