The interior of this spacious restaurant is filled with thick wooden tabletops, large exposed wood beams in the centre of the room and a general modern vibe. On my lunch visit on a weekday, the place was about half full. There’s light that comes in from the front windows but, otherwise, it is a bit dark in the back of the restaurant.

I decided to try a few different items, starting with the Tuna and Salmon Sashimi ($9). The texture and temperature of the sashimi was right on mark and the fish tasted clean and neat. I like that they don’t use farmed Atlantic salmon in the sashimi. 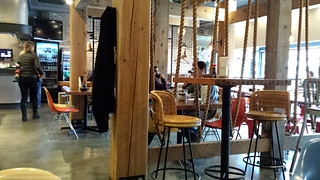 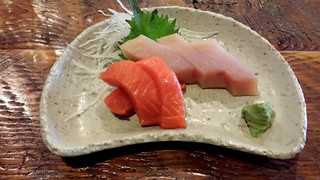 The Salmon Oshizushi ($11.80) is a pressed sushi with the top salmon seared on top. It was a pretty good version but it wasn’t as creamy as Miku or Minami. I also thought they used a bit too much rice in this roll. 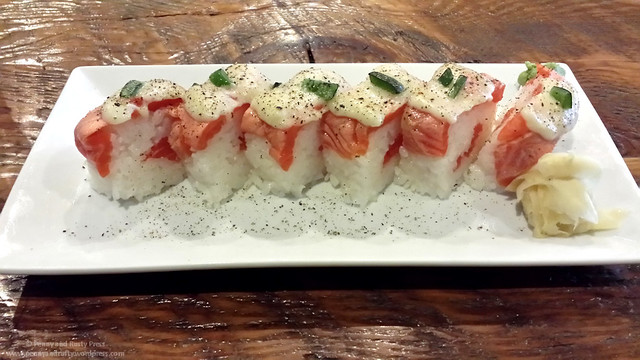 The Spicy Chicken Karaage ($8.80) arrived with 5 meaty and juicy pieces but I found that they really weren’t that spicy at all (except for a little heat in the aftertaste). Still, I liked how they used boneless chicken and, overall, it was well prepared.

I grabbed an Oyako Don ($8.80 for the combo) to go and found it to be pretty good. I’ll give them extra points because some of their takeout containers are made of recycled paper material and they packed everything very neatly (with the sauces in separate plastic containers to ensure things don’t get soggy). 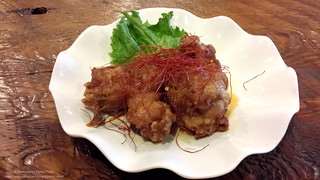 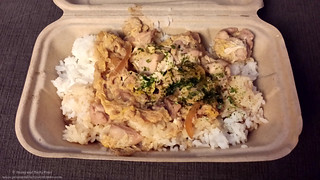 I’m not sure if this place is hipster or not but I did feel a younger vibe going on while I visited.