For some people, going to a restaurant named “The Slaughterhouse” located steps away from Blood Alley, might give you pause for thought. However, the names around historic Gastown are mainly meant to pay homage to the location’s storied past. L’Abattoir is situated near the centre of Gastown and the famous John “Gassy Jack” Deighton statue. It’s also located in the same building as Vancouver’s first jail and near the original meat packing district, hence the name. 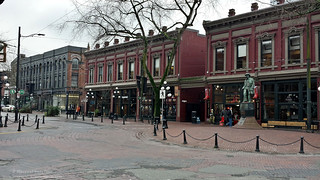 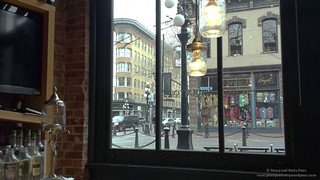 For my lunch, I decided on the 3 course prix fixe menu ($29) since it was a better deal than ordering á la carte. I started with a Passion Fruit Smash ($5) made with fresh lime, agave nectar, passion fruit and ginger beer. There’s a definite punch from the ginger beer while still being refreshing. The bread here isn’t complimentary but I did opt for their bread service ($4) which included a hearty whole wheat sourdough bread with salted butter. 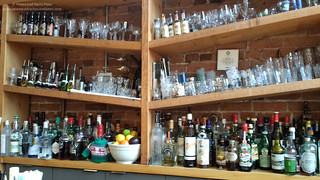 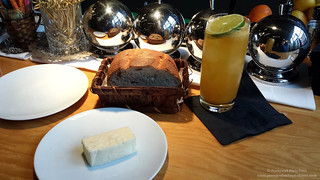 The Smoked Pork Hock Soup was served in a deep bowl to accommodate the four large gruyère croutons but it seemed like there actually wasn’t much soup in the bowl. With the shredded pork and beans, however, it was still a hearty soup.

The Beef Bourguignon arrived in a cute little pot and was topped with a flaky pastry crust. It’s not a huge portion but it was well prepared – loved the pearl onions and flavourful beef. 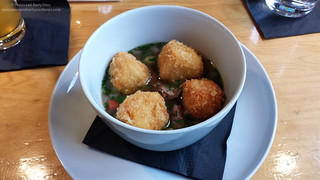 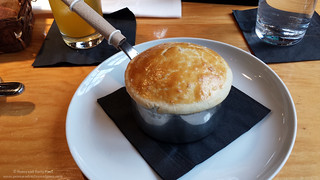 For dessert, I picked the Sticky Toffee Pudding with whipped crème fraîche. This was a good choice – I really enjoyed the sweetness paired with the sticky toffee and the fresh crème. 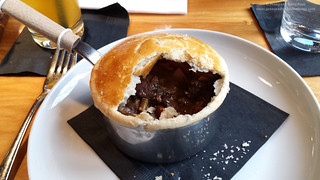 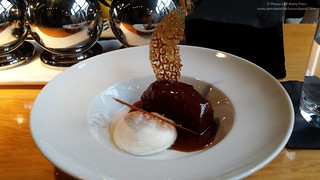